Google has really been on a roll this week with exciting news for developers, such as a pair of new game-related libraries and enhancements to Google+ Sign-in. This time around, Chromecast is getting its turn with a brand new User Experience Guide. Coming just 2 days after some new apps were added to the whitelist, this 4000-word document details the recommended design patterns developers should follow while implementing their own Android, iOS, and web applications.

The guide includes recommended design principles for both the sender and receiver interfaces, where to place buttons, how to start and stop a cast, and what to do during the various states apps might find themselves in during operation. Fortunately, there are a lot of pictures and the document is pretty well laid out in a chronological path from start to finish. Overall, the document is pretty specific about how everything should look and work; but these are still just guidelines and not requirements, so developers can stray from them as they choose, for better or worse. 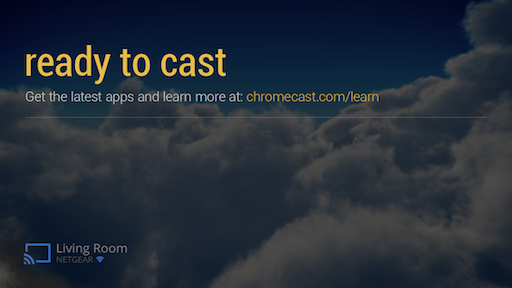 Thus far, the practice of whitelisting apps on Chromecast seems to be mirroring that of Glass. While there still isn't any new information about the current policy, this document is a pretty good sign that the restrictions may be changing or vanishing altogether.

In the meantime, developers interested in working with Time's Gadget of the Year should hit the link below to get all of the details for their own apps. As for regular users, just keep your eyes open because your favorite sources for streaming audio and video might begin sporting that infamous casting icon soon!