Rovio's newest game is about what the Finnish developer knows best – birds. Though, they seem decidedly less angry this time in their little downhill race carts. Like it or not, this game is going to be huge.

Angry Birds Go is Rovio's first major free-to-play game on Android, so expect to be hit up for cash on occasion (maybe a lot of it). This is a casual racing game built around a variety of quirky downhill tracks. The birds we know so well from the original games are here with hastily assembled vehicles and special powers that harken back to their physics puzzler roots. 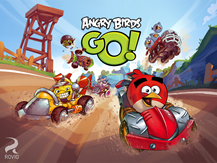 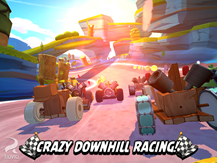 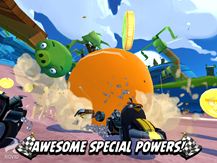 The graphics in Angry Birds Go seem solid from a quick inspection. It has a sort of 3D cel shaded thing going on. However, there is a legacy menu button... I don't even know what to say about that. There also seems to be no sign of Google Play Games, but there is Facebook and Twitter support. 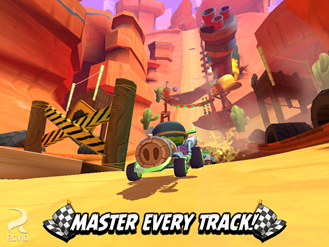 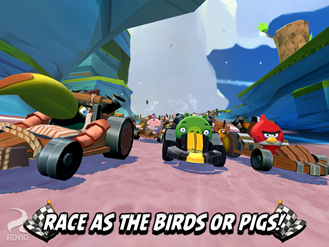 In addition to upgrading your regular carts in the game, there are Telepods to collect. You're probably familiar with the concept – they are physical toy figurines that you can beam into the game by scanning a tag with the camera. I suppose it's an out-of-app purchase. Anyway, the game is free to try right now. 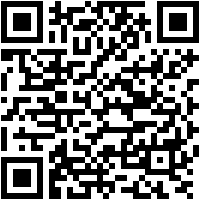 The Smarty Ring Gets Notifications, Controls Music, And Looks Cool, But Something Smells Fishy ...

The Androidify App Has Been Resurrected With A Big Holiday Update