Santa Claus is one of the few people on this planet that can be tracked without stirring any moral outrage from anyone, and few are as equipped for the job as Google - after all, the company's been doing this for a while now. This year's version of Google's Santa Tracker has made its way into the Play Store, and you would be wise to grab it before the night of December 24th if you want to know when jolly old St. Nicholas will pay your home a visit. 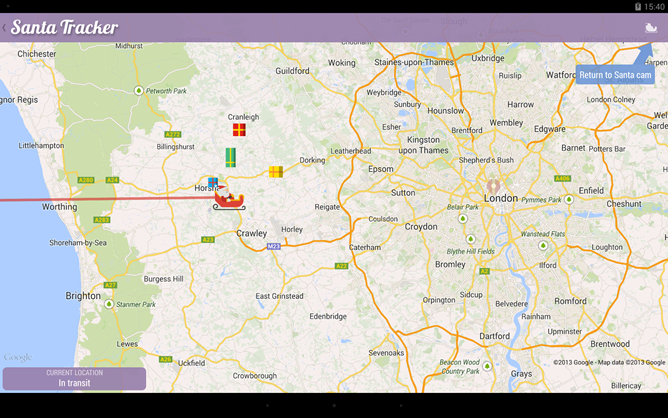 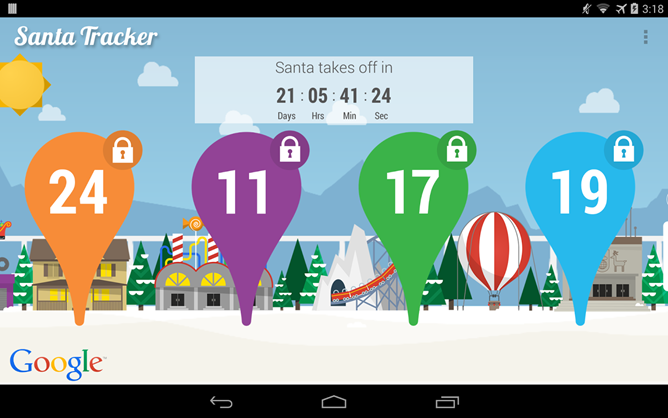 When you first fire up the app, it presents you with a countdown until Santa's departure time, one that looks largely identical to Google's Santa Tracker website. But if you rather not sit on your thumbs and wait for the next 14 days, there are multiple games available to occupy your time - and you even have the option to throw the countdown onto a television screen using a Chromecast while the game continues on your device of choice.

There isn't much in the way of depth to any of these mini-games, but that's half of the point. They're cute, they're fun, and they might just be enough to keep you or your kids occupied until the big day comes.

[New Game] Activision Brings Cabela's Big Game Hunter To Android, Lets You Get Your Hunt On In ...