App Ops showed up in Android 4.3 and made it possible to revoke permissions on a per-app basis. It wasn't exposed in the main system settings, but it was easy to access. Then Android 4.4 made it quite a bit harder to get to, and now it appears to be completely missing in 4.4.2. What gives? Well, Android engineer Dianne Hackborn has indicated App Ops was never meant to be a user-facing feature in the first place. 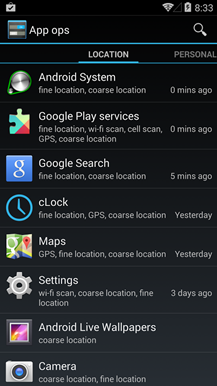 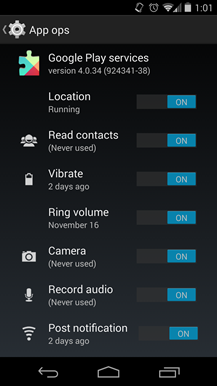 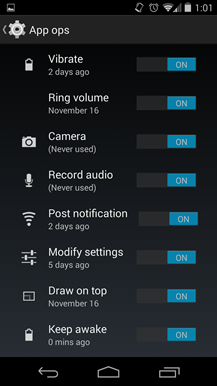 This information comes via Color Tiger, which recently built AppOps X as an enhancement to the stock App Ops UI. After the 4.4 update AppOps seemed to be missing, which one of the devs posted about on Google+. Hackborn responded to the developer's post, pointing out that Google uses App Ops as an internal testing and debugging tool – it was never designed to be seen by end users, which is why it wasn't given a spot in the system settings, or even the developer options.

Some folks have cried foul at Google's efforts to hide App Ops, but it sounds like Mountain View never intended to give us access in the first place. Hackborn says App Ops as it exists now will never be user-facing. Perhaps somewhere down the line similar functionality will be rolled out for third-party developers, but nothing's certain. So don't expect Google to change its mind about this.