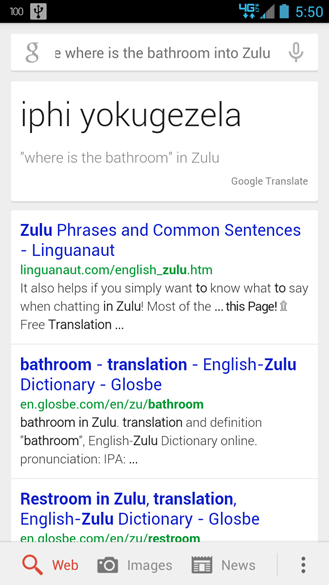 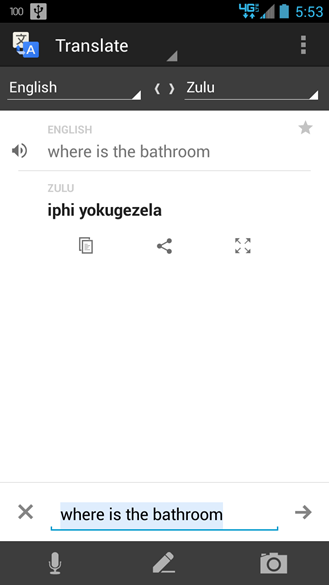 All together, the updated languages cover more than 225 million native speakers around the world. The new translations will work on the web (including searches and voice searches from Google Now, see above) and in the more robust Google Translate app, no updates necessary. Unfortunately the Google Translate app's awesome Conversation Mode still takes a lot more work, and none of the new languages are supported there.

One last thing: Maori was enabled thanks to help from a team of dedicated volunteers. This is significant because Maori is an endangered language, with approximately 30,000 regular speakers. Pai i meatia, iwi.