The Chromecast launched last summer with a lot of promise, but very limited app support. We've been limping along these last few months with only the occasional addition like Pandora and HBO Go to keep us going. Well, now the floodgates are beginning to open. Google just announced 10 new apps are launching with Chromecast support, and some of them are super-exciting. 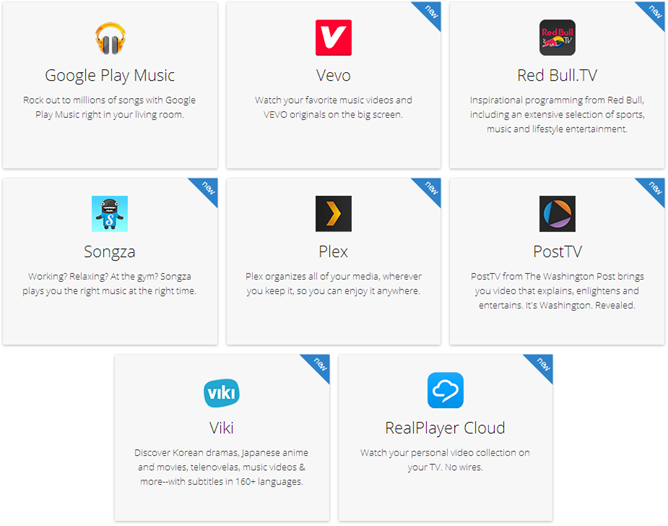 There are a lot of streaming media providers included, like Revision 3 and VEVO. However, you can finally stream your personal media without some crazy workaround thanks to Plex, aVia, and RealPlayer Cloud support. Plex also has Chromecast support from the web, just like Netflix does. Other apps might include this functionality too.

Google's Chromecast app page should list all supported apps (it seems to be lagging a little behind right now). As for the apps, it looks like they've all been updated today or yesterday, so the functionality should be live.

Dead Zebra's Android Christmas Ornaments On Sale Now For $10, Or $90 For A 10-Piece Tree Pack