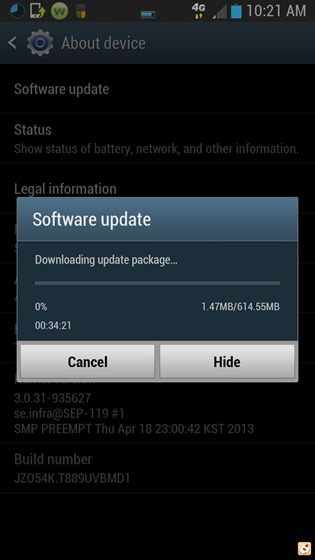 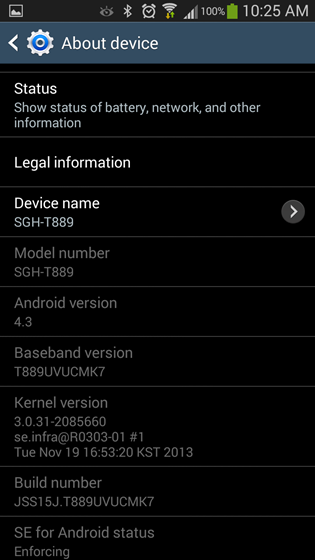 In addition to compatibility with Samsung's Galaxy Gear smartwatch, the update should add all the Android 4.3 features you've been craving, plus some new TouchWiz goodies and a few visual changes to keep the interface in line with the newer Galaxy Note 3. The update is reportedly available via the usual channels: either activated by an OTA prompt, a manual refresh in the settings, or downloaded and installed via Samsung's Kies software. Keep in mind that the OTA update is probably being sent out in waves, and it may be a few days before it gets to you.

The update is an impressive 615 megabytes, so you might want to connect to a WiFi hotspot for speed if nothing else. As usual, it will probably break root (or simply fail if you've got root or a custom recovery), so it's best to wait for a new root method on stock firmware if you rely on those apps. Now Samsung users can settle in for the long wait to Android 4.4.