PushBullet version 12.2 has just hit the Play Store, and it brings with it a healthy selection of incremental updates that round out an already pleasant user experience. One new such feature is the ability to set how long mirrored notifications stick around on your computer before fading away. 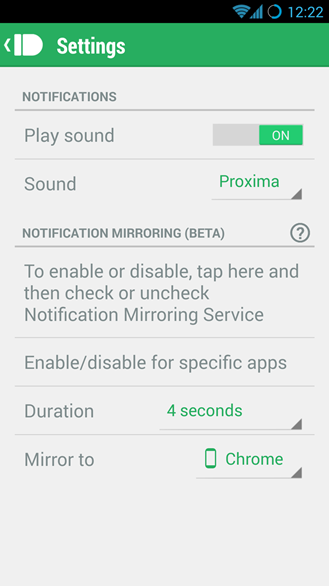 The app also now shows upload progress when pushing a file and gives users the ability to tap a download to cancel it. 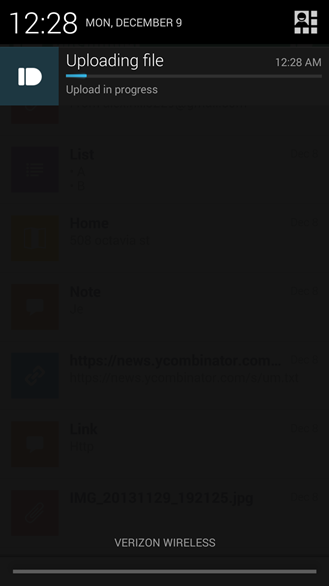 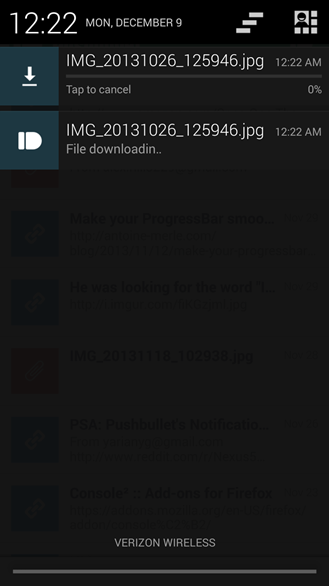 Perhaps more interesting than these new features are the changes in store for the Firefox add-on. The extension has fallen behind its Chrome peer as of late, but an upcoming update will give it the boost it needs. Once Mozilla finishes reviewing the software, Firefox fans should be able to take advantage of most of the same functionality their PushBullet-loving, Chrome-using friends have taken for granted.

With the new add-on, Firefox users will finally get access to mirrored notifications, so whatever alerts sound off on their phones will pop up on their computers as well. In addition, the PushBullet button has also been moved from the lowly Firefox add-on bar to a place of prominence on the toolbar.

But unlike Chrome, Firefox will open all pushes in a new tab, instead of a pop-up (though mirrored notifications should appear as normal). This difference is due to Firefox dismissing all notifications after four seconds. This time can't be disabled or altered.

Anyone who isn't already a PushBullet user can get the app by visiting the Play Store below, and if you can't wait to get your hands on the updated Firefox extension, here's a direct download.