Today AT&T announced an agreement with Canadian wireless carrier Rogers that will enable its customers to have access to 4G LTE data speeds even when on the northern side of the border. This arrangement makes AT&T the first American carrier to offer international LTE roaming, but before some of you get too excited, know that this luxury still doesn't come cheaply. 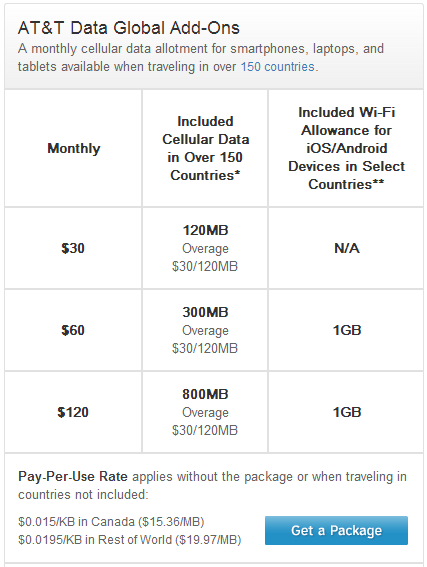 With such limits, accessing 4G LTE instead of 3G is nearly more of a curse than a blessing, as you will simply be able to blow past your data cap more quickly. It would likely still be cheaper to buy a local SIM card and use that for the duration of your stay.

But hey, international roaming is convenient, and there are surely reasons to want to avoid picking up a new line just to leave the country. You just might want to rely on something other than your phone for browsing the web while you're there.