As the update is very new, the only changelog information we have at this point comes courtesy of Sprint, which let out the news first earlier today:

- Fix for clearing the VM Indicator

- Fix for delivery of the VM Indicator

Update #1: App Ops no longer works (Settings crashes), at least using the recently discovered method. Hopefully, we can still get to it, but we'll have to wait for Color Tiger and other developers to figure this out. In the meantime, I reached out to Color Tiger for their comment. (Thanks, Michael Peters!)

Update #2: Color Tiger got back to me and said the following:

Still not working, but here's a quick update:

See line 309 - those are the allowed fragments that can be shown. AppOps was in that commit 3 days ago (line 329), but in the 4.2.2 build that's being sent out that line is removed (we've decompiled the Settings.apk).

We're looking for a possible different entry point (another Activity to accept commands to load the AppOpsSummary fragment), but it doesn't look good. 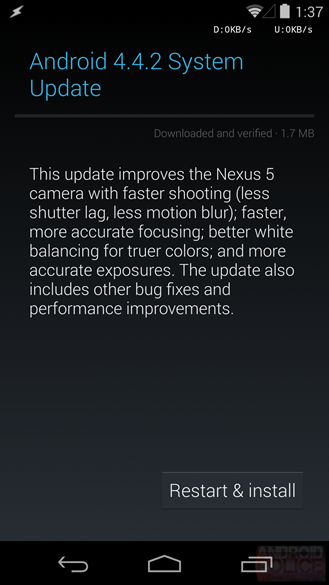 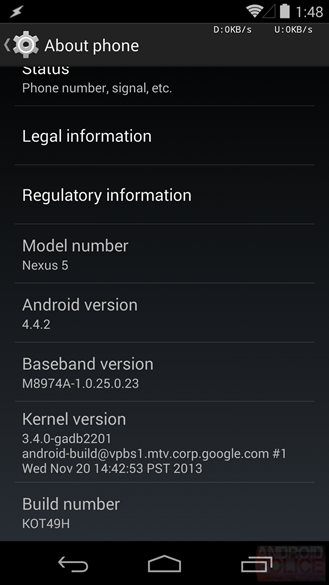 As the OTA has just begun, we don't have all the links for manual flashing just yet. I'll keep this post updated as they roll in. If you're not familiar with the manual installation process, proceed to this guide for an earlier update.

Sprint Says The Nexus 5 Is Getting An Update To KOT49H Today, But What Happened To KOT49E? ...