Google's streaming music subscription service continues to creep across the globe, arriving in new countries suddenly and without warning. It's kind of like the Black Death, except fewer people die (so far). Today Google Play All Access has hit Germany with millions of songs for just a few bucks per month. 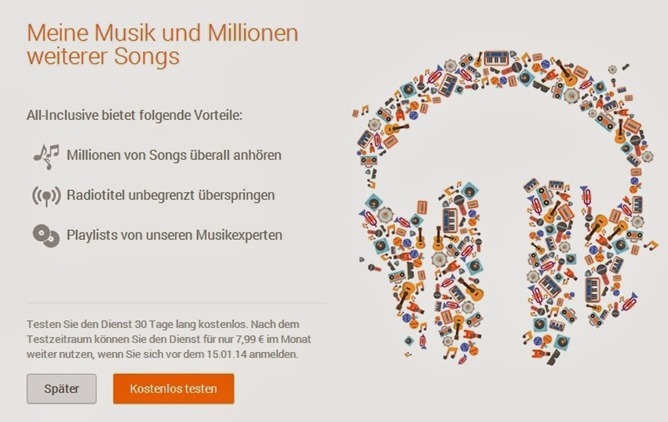 German users were greeted by the All Access popup in Play Music yesterday and immediately began shouting from every social media rooftop. Google has now updated the support pages to show that Germany is included in the All Access club.

According to postings from our German friends, the All Access subscription starts at €7.99 per month for anyone who signs up before January 15th. After that, it goes up to €9.99 per month.