The land of Estellion is a bit of a mess, but perhaps you can bring it under control in Ravenmark: Mercenaries. It's going to take careful planning and tactical knowhow, but you didn't expect it to be easy, did you? Ravenmark: Mercenaries is a turn-based strategy game with some interesting surprises along the way. Think you have the keen tactical mind for it?

The turn-based element of Ravenmark: Mercenaries is based around two phases – command and battle. Both sides submit and execute moves at the same time, which is a bit unusual for a turn-based game. Your armies are made up of mercenaries you hire and improve through experience, but there's also a monetary angle. This is a free-to-play game, though the developers insist on calling it "free-to-win." Apparently it's not balanced to force you into in-app purchases and relies mainly on ads (which you can disable with an IAP). 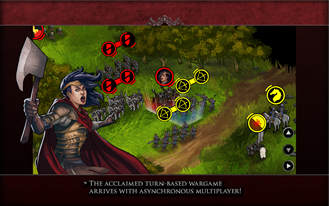 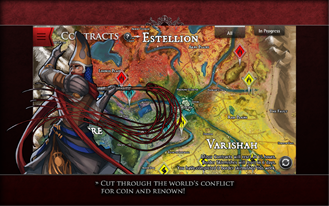 This game has a ton of options and really emphasizes strategic mechanics – you can't just move units around and start swinging swords at anything that moves. Some units are better for certain tasks than others, and there are even different ways to issue orders to your troops. There is some server side component to the combat, though it's not entirely clear what that is. The end result is the same – you have to be connected to play Ravenmark: Mercenaries.

[Deal Alert] Amazon Kicks Off 12 Days Of Deals, A Dozen Chances To Snag Popular Books At ...