Say what you will about Microsoft, but they've never let a little thing like a platform war get in the way of profits. The Bing search app for Android has been around for years, long enough for it to accrue more than a million downloads, and today it gets an update to bring it in line with the fancy pants brand re-launch - note the swanky logo. 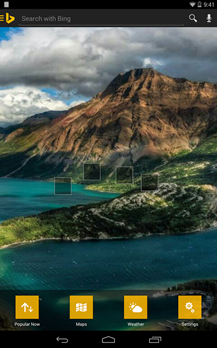 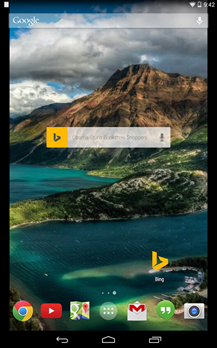 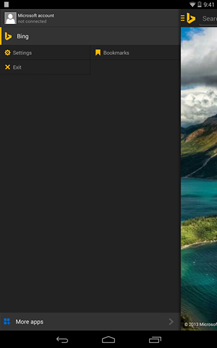 On Android Bing isn't really a search app, it's more like a beachhead for a handful of Microsoft web properties. You've got the main Bing search with an integrated browser, Microsoft's Bing Maps, and Weather. Well, sort of - both launch in the integrated browser that apes Internet Explorer Mobile, and they let you flail around on the HTML versions of those services. Bing also includes connections to Facebook for syncing passwords and screenshots in the integrated browser and a Facebook sign-in for sharing stuff. The app does its best Google Now impression with a voice search function. and a homescreen widget. 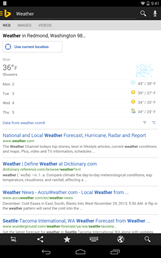 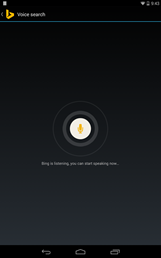 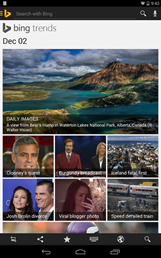 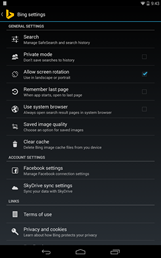 The new interface is generally reminiscent of the Metro interface on Windows Phone and Windows 8, like a lot of Microsoft's recent Android apps. It includes a pretty spiffy home page with some fantastic shifting photography (which, incidentally, makes Bing a pretty good web homepage too). Users can see photo information and annotations Flickr-style or set them as launcher wallpaper. Neat.

Bing is a free download for Android 2.2 or higher.

Dead Trigger 2 Gets An Update To 0.2.5 With New Missions, Gameplay Balance Tweaks, And Updated ...