Many useful products have gone on sale this past weekend, including tablets, phones, chargers, batteries, earbuds, speakers, and more or less anything you could possibly want to pair with a mobile handset. But we've had enough of useful - now it's time for cool. Brookstone's Rover 2.0 wireless spy tank is now available for $50 off. You can get it from Amazon for just $99.99.

Update: Amazon's price has changed to match Brookstone's. The tank is now available for $119.99, a $30 savings. 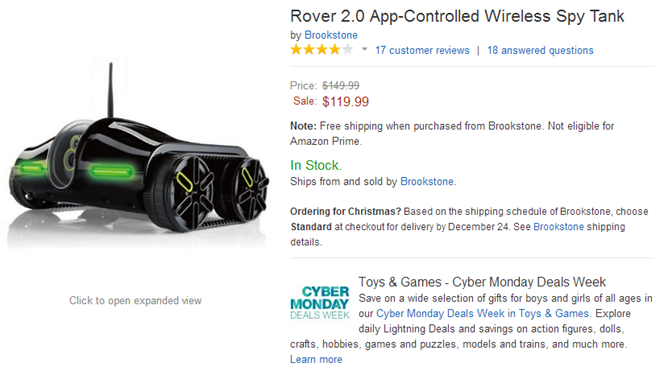 The tank has a built-in wide-angle camera that you can use to take photos or channel video to your Android phone or tablet. It can act as your eyes in inaccessible locations, including those where you're simply not wanted. That's what makes it a spy tank, after all. 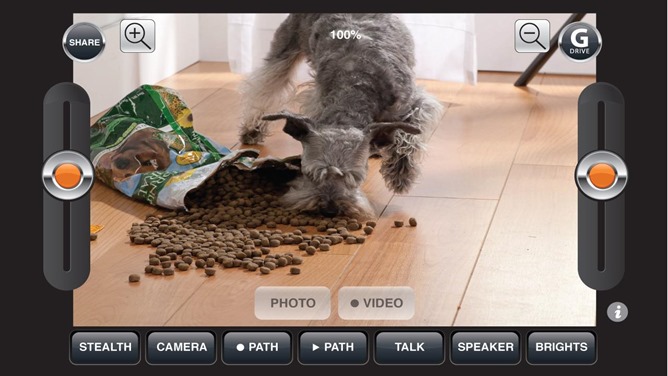 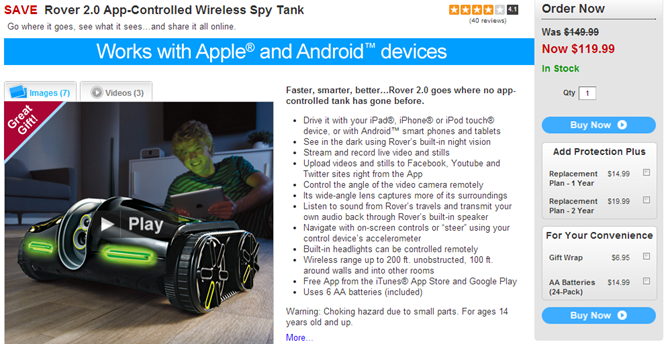 If you do decide to jump in on this deal, be sure to grab the necessary companion app from the Play Store below. Dead Trigger 2 Gets An Update To 0.2.5 With New Missions, Gameplay Balance Tweaks, And Updated ...