If you live right on the bleeding edge of the Android modding world, but you just can't press the button on using beta software, you're in luck! Xposed 2.4 is now out of beta just one week after KitKat support was first announced. As with the previous release, this one comes with the new log viewer and some pretty serious performance improvements. Now that it has lost the beta tag, it should also be fairly stable, or at least as stable as you can expect for a super-charged modding framework. 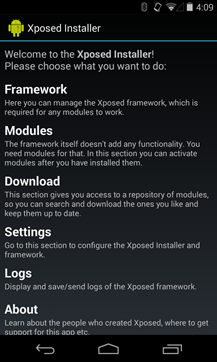 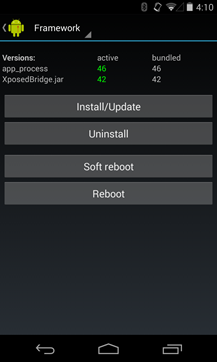 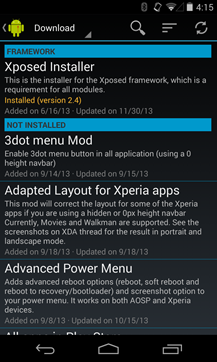 Xposed is still not equipped to support KitKat's new runtime-in-testing, ART. As developer rovo89 explains, trying to run ART and Xposed together will result in a bootloop. To prevent users from accidentally sending their devices into a tailspin, Xposed will reset the runtime to Dalvik if the switch is made.

Android 4.4 users should also remember that some modules may not work correctly if they modified anything that has since been changed with the upgrade to KitKat. This is one of the ways in which the new log viewer can be helpful for debugging, or at least determining if a module is incompatible.

If you're already an Xposed user, simply hit the download screen for the latest installer, then update the framework from within the app. For new users, or those just getting set up on Android 4.4, simply follow the instructions on the developer's thread. Remember, your device must be rooted and /system must be writeable. Don't forget, you will definitely want to make a nandroid backup before starting the install, and be prepared to either restore it or hop into Safe Mode in case anything goes wrong.