If you're the owner of an unlocked US HTC One or HTC One Developer Edition, get ready for some KitKat: HTC's US Twitter account just let slip the news that an Android 4.4 OTA update is headed your way starting today.

While the rollout will probably be staggered in groups over the coming days, this is yet another incredibly quick OEM turnaround on Android 4.4. Though Motorola has achieved the arguably more impressive feat of getting KitKat on a Verizon device before even Google had managed to get it on its Google Play Experience handsets, we had generally assumed this was going to be an anomaly in the move to 4.4 while other handset makers lagged behind in the traditional fashion. Perhaps that won't be the case after all.

The HTC One is available on all four major US carriers, though HTC has yet to comment on when owners of those phones will be getting their respective updates. No word at this point on just what the OTA brings in terms of changes to HTC's Sense UI layer, either, which is really the impressive part of this announcement. Typically, such a heavy skin requires more time before an OS update arrives, often months after Google has announced it. Perhaps, then, the changes to Sense are only those that were strictly necessary to ensure proper compatibility with Android 4.4.

Either way, good news for a few lucky One owners. 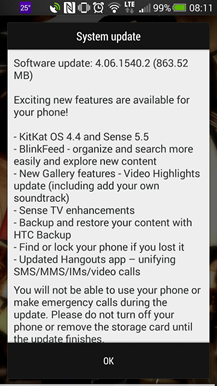 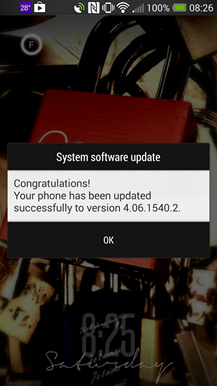 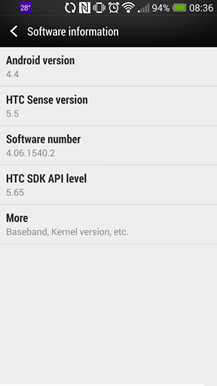