Maybe the black slabs of glass and Kevlar that are Verizon's 2013 DROID lineup aren't doing it for you. If that's the case (and you haven't already bought a customized Moto X), you can now pick up either the svelte DROID Ultra or the pint-sized DROID Mini in shades of white. The capacious DROID Maxx, surprisingly, is still only offered in black. 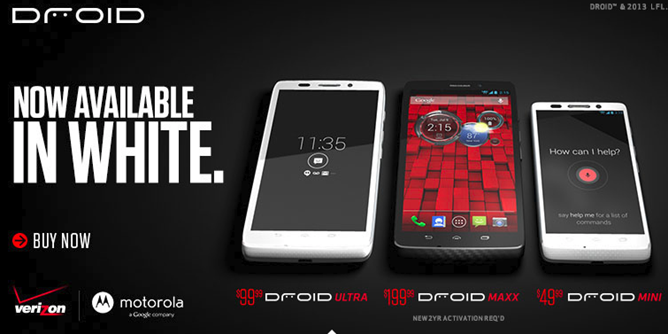 Unlike some of the early leaks of the white Ultra model, this one seems to be white all over, as opposed to white on the glass panel with a black body. (The white-on-black coloration was how Verizon's DROID RAZR HD and related phones were styled - I think this looks much better.) The white color might also make the fingerprint magnet finish on both the Ultra and the Mini a little less pronounced. As usual, Evleaks predicted them both. 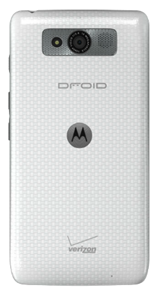 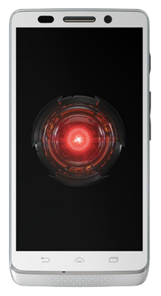 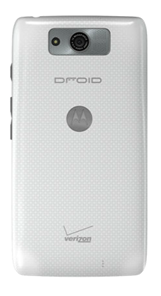 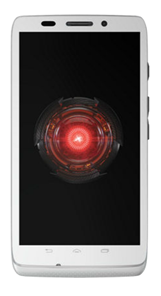 The Verizon web store has both white models available at their standard prices: $99 on-contract and $449.99 unsubsidized for the Ultra, $49.99 on-contract and $399.99 for the Mini. (There's also a red version of the DROID Ultra that's been available since launch.) Amazon has the new colors too, at $19.99 and one penny for the on-contract Ultra and Mini, respectively. I assume that Verizon's retail stores will have the new white versions soon if they don't already.

DuoLingo Android App Updated To 2.0 With An Updated UI And A Slimmed-Down Install Size