I'll be honest, I've never really understood the appeal of fishing, and the concept of sitting on a boat for hours hoping to get a bite already strikes me as pretty ridiculous. Thanks to grocery stores, I can think of much easier ways to get fish, and with a memory foam mattress, I can think of even easier ways to relax. But Ridiculous Fishing, which made its Android debut last week as part of the current Humble Mobile Bundle, doesn't earn its name by even remotely simulating the pastime it resembles. It does so by teaching a fisherman, named Billy, how to dual-wield Uzis and giving him something more exciting to do with fish than scaling them.

The goal in Ridiculous Fishing is to catch a gratuitous number of fish, reel them up to the surface, fling them into the air, and shoot as many of them as you can before they fall back into the sea. Each stage consists of dropping a lure into the water and controlling it using tilt controls, avoiding fish until you reach the end of the line or the bottom of the lake. Once you get a bite, Billy begins to reel the lure back in, and you use the same tilt controls to capture as many fish as possible on the way back up. Once it reaches the surface, the fish are tossed into the air, and you are tasked with shooting as many of them as you can. 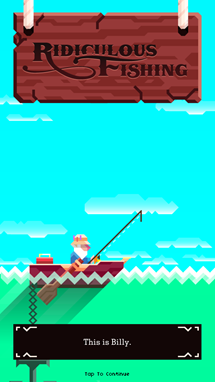 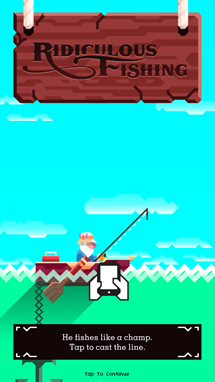 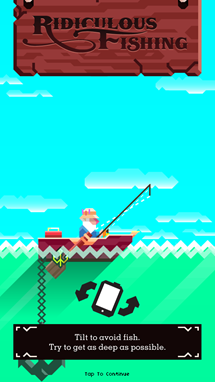 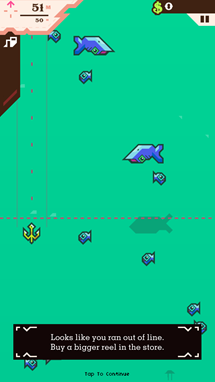 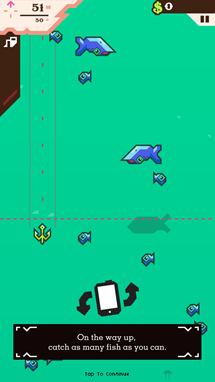 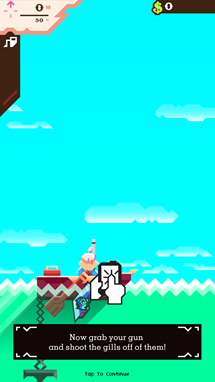 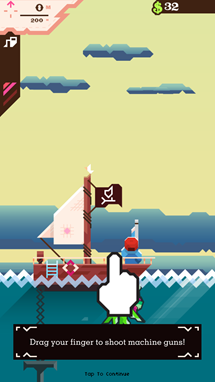 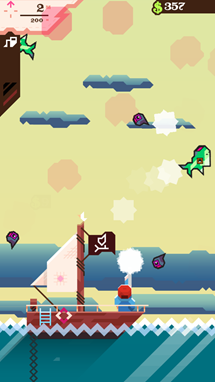 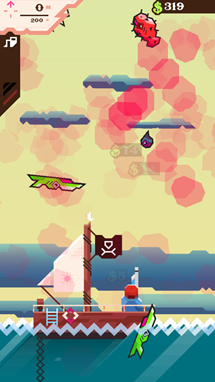 At the end of each round, your cash reward is added up, and if you've unlocked anything, it will alert you right away. 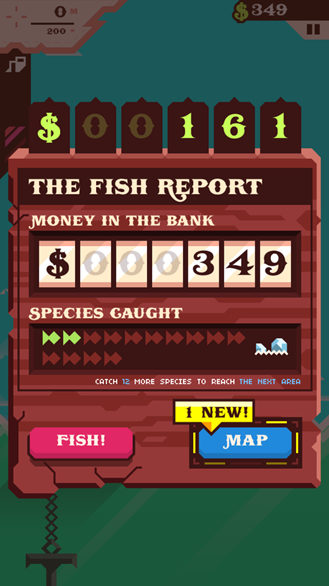 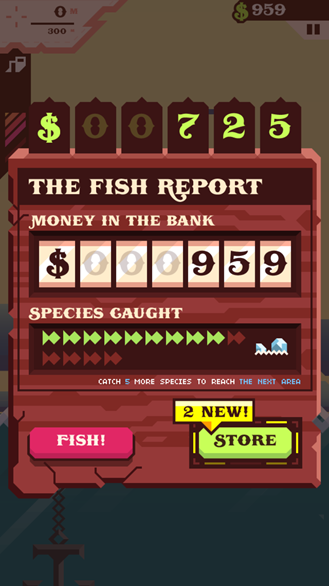 Billy has a smartphone - perhaps too generous a name for it - that provides access to all of the games additional functionality. With the touch of a button, players can access the store, move to different fishing locations, view the Fish-O-Pedia, and browse a Twitter stream. There's even the option to retweet anything that stands out. 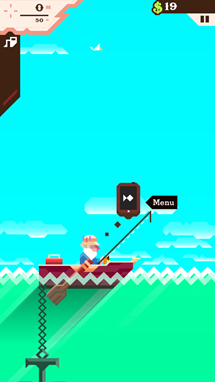 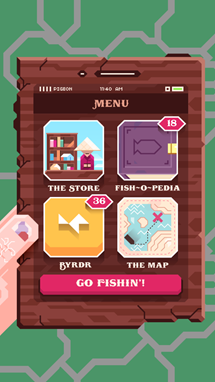 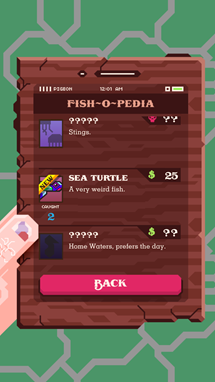 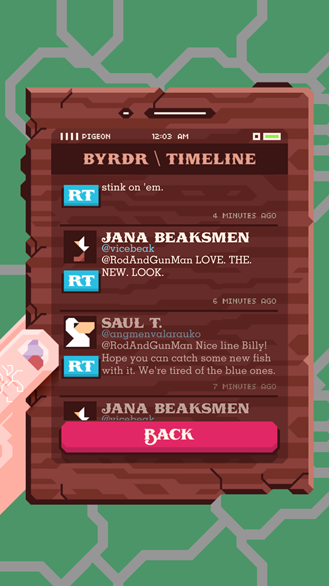 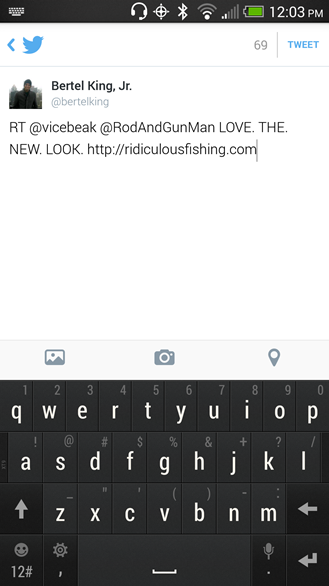 While the core gameplay is simple, the number of wares for sale in the shop keeps things interesting. New items hit the shelves as soon as you earn enough money to afford them, and they alter your capabilities enough to keep things feeling fresh. Some items allow you to hit a fish without it biting, new lines allow you to dive deeper, various weapons determine how effective you will be at slaughtering your haul, and a few items of clothing are there just for looks. 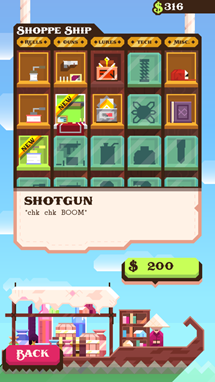 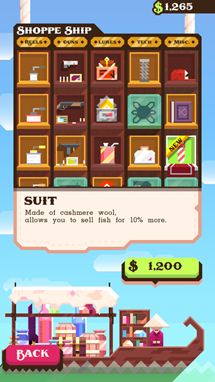 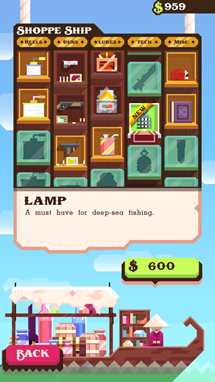 I never felt frustrated with the tilt controls, which is rare thing to experience in games that make such extensive use of the gyroscope. This game would still be playable using virtual buttons, but for once, I prefer not having that option. Yet as a result of this design decision, the game can put quite a bit of punishment on your device's battery life. Don't expect to play it for a lengthy period of time without being prepared to plug in a charger soon after. It's a good thing Ridiculous Fishing is easy to play in bite-sized increments, because you might not have enough juice to fire it up for much longer than that.

The imagery consists of a bright color palette and a commendable use of simple shapes. The end result is something that's pleasing to look out for as long as it needs to be, even if it's not particularly mind-blowing. There aren't many levels, but each looks very distinct from the one that came prior, and while the water is filled with all manner of fish, each species is easy to distinguish from another. 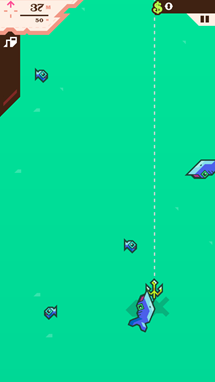 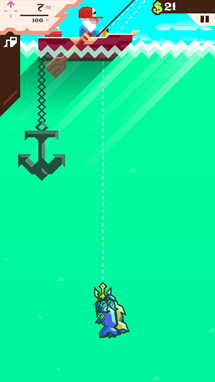 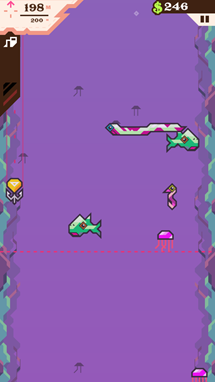 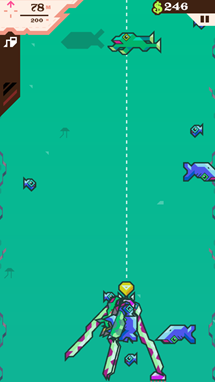 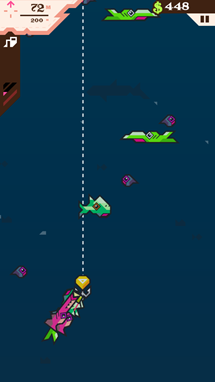 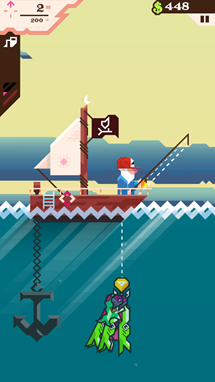 As for the audio, it's completely forgettable. Feel free to mute this one and play it in a crowded auditorium - you won't miss out on much.

Ridiculous Fishing looks adorable and charming, but underneath the surface lies the type of experience that Jeff Foxworthy would say might make you a redneck. If you wake up Saturday morning torn between going hunting and going fishing, this game lets you experience both at the same time. All it needs is an orange cap and a can of beer. But you know what? It just might be engaging enough to attract more people to that way of life. 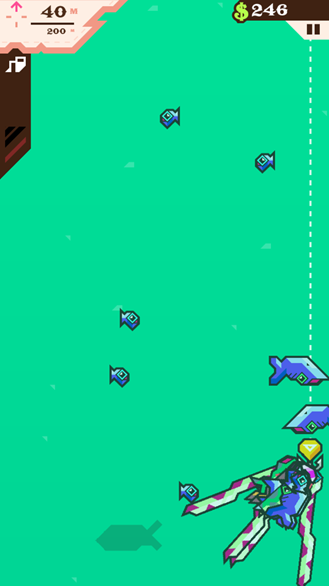 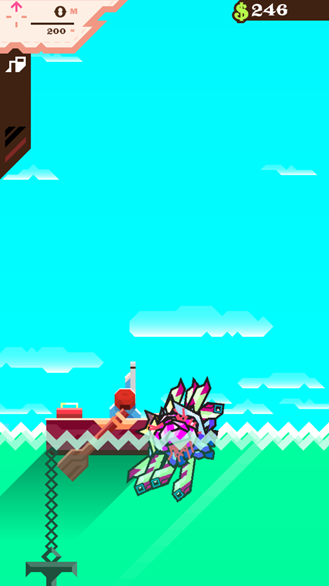 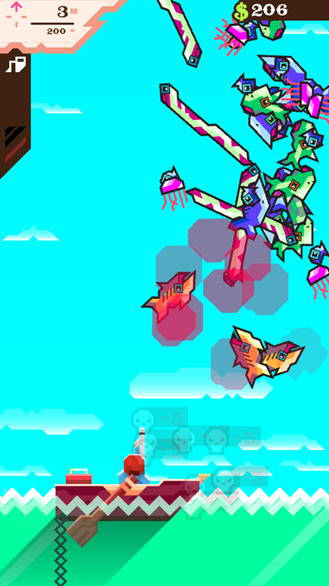 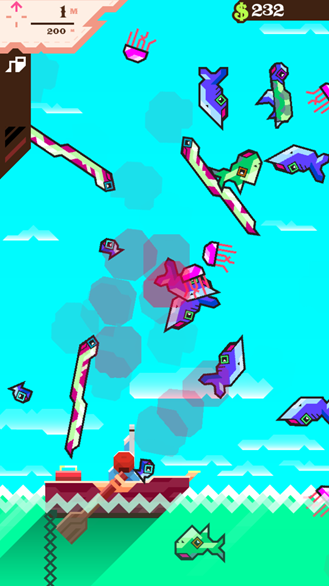 Of course, there is very little in this game that bears any resemblance to the pastimes that inspire it, and it's no surprise that it appeals to a much broader audience. It's an easy-to-play and attractive experience that relies entirely on highly functional motion controls and simple screen taps. There is no confusing Ridiculous Fishing for anything other than a mobile game, and this time, that's a good thing. The premise would be ruined by any need to take itself seriously or provide much in the way of explanation. It's absurd, and that's the point. Unfortunately, the battery drain is a bit of a bummer. I wouldn't call it a deal-breaker, but I wouldn't feel at all surprised if others don't feel the same.

The game is available from the Play Store below for $2.99, but if you act now, you can still grab it as part of the latest Humble Mobile Bundle. 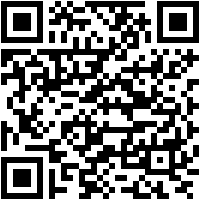