Motorola surprised us earlier this week with an early launch of the US version of their impressive Moto G budget phone. If you ordered one and want a little protection and/or flair for your new gadget, the accessories section of Motorola's official store has been expanded with shells (backplates) and flip shells for the Moto G. Like the phone itself, they'll ship out on December 2nd. 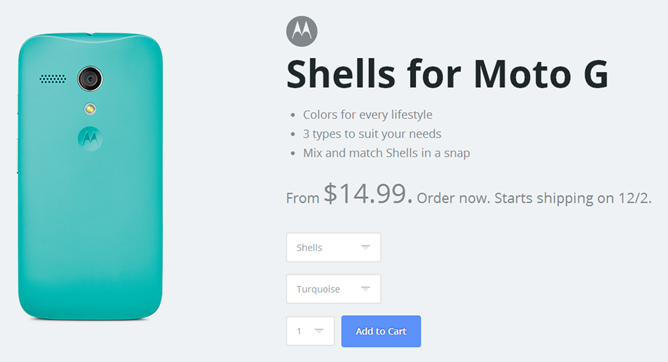 The shells pop on and off of the back of the Moto G, not unlike the faceplates that were sold for old Nokia candybar phones. They'll run you $14.99 a piece in Chalk, Violet, Royal Blue, Turquoise, Lemon Lime, and Cherry colors. The flip covers replace the back cover and add a flipping protective screen flap, similar to the first-party covers sold by Samsung. They cost the same and are offered in the same colors, but come with a fetching texturized finish. Integrated magnets will keep the cover closed and activate a screen on/off function, just like a tablet smart cover. A tougher "grip shell" with impact-absorbing side panels should be ready in January. 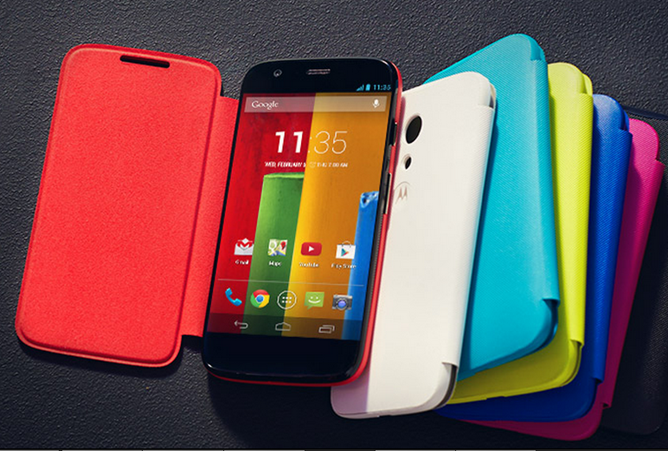 Other cases from the likes of Otterbox and Case-Mate have listings on the Motorola site, but are marked as either "out of stock" or "coming soon." So while Moto might be your only choice for a case at launch, it looks like you'll have plenty of options shortly thereafter. It's also good to see that Motorola is keeping the price low on these official accessories (in keeping with the budget market position for the Moto G), which is more than I can say for Google's Nexus accessories on the Play Store.

Ridiculous Fishing Review: Why Choose Between Fishing And Hunting When You Can Do Both?