Chromecast has been slowly but steadily adding support from major media apps since it launched: Hulu Plus, Pandora, and HBO GO have joined Netflix and Google's own Play Music, Play Movies, and YouTube. Apparently the Big G thinks this is enough to warrant a dedicated sub-section of the Play Store, as spotted by Google Operating System. Depending on your device and its resolution, it might show up on the main Apps page or necessitate a quick swipe to the left to open the Categories menu. 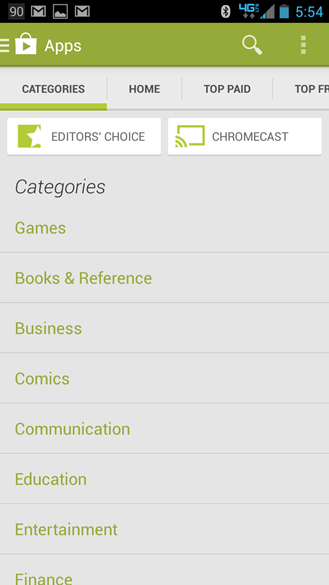 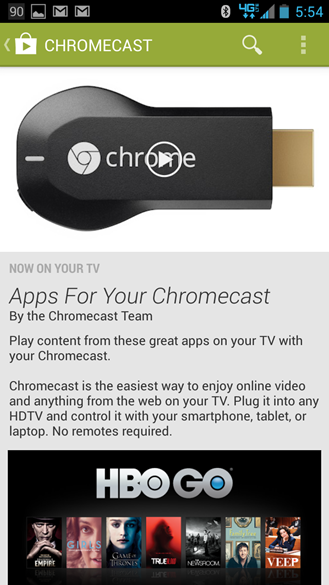 There's not much to it: the feature is just a list of the seven apps mentioned above, plus an embedded "how to cast" video at the top. But it's showing up even on phones and tablets that don't have the Chromecast app installed, which would seem to indicate that Google is interested in promoting its miniature streaming wonder. It's also a positive indication (though by no means a conclusive one) that Google intends to keep expanding the selection of Chromecast-compatible apps. That being said, it's a bit odd to see that the Chromecast app itself is not included in the list. 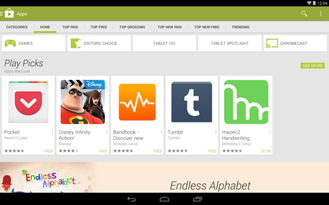 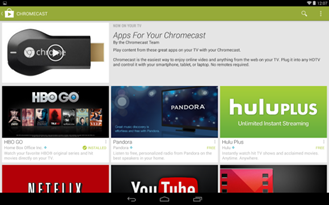 If you've got a Chromecast and you're a regular user of any of the supported services, odds are that you don't need this kind of thing - you've already got your streaming and Chromecast apps handy. But at least it shows that the Chromecast isn't going anywhere anytime soon... unlike certain orb-shaped streamers we could name.