We've talked about the Fuhu Nabi 2 quite a bit over the last year or so, and it's probably my favorite tablet designed specifically for kids. It's built tough, packed full of useful educational software, and sports enough power to stick with your little one for at least a few years. 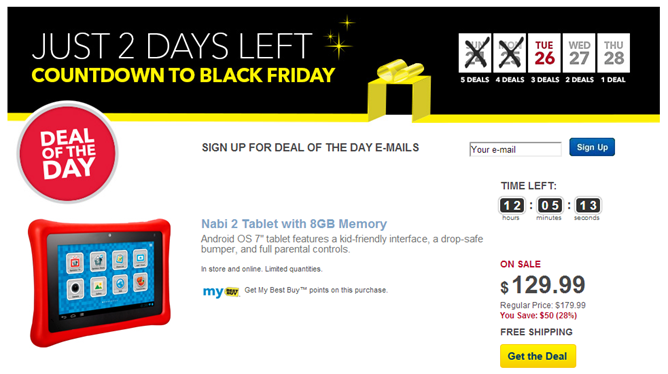 Update: It looks like Wal-Mart has 'em beat, because they're letting the Nabi 2 go for $99 November 28th thru December 1st. That's solid. 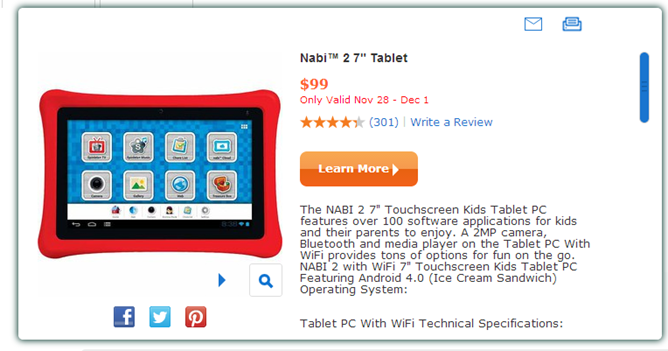 If you've been considering a Nabi 2 for the kiddos on your Christmas list this year, now's the time to buy, because Best Buy is selling it for $130 – a full $50 off the already-low retail price. For those who may not have the 2's specs engrained into their memory, here's a quick rundown of what that buck-thirty will get you:

If you'd like more info on the Nabi 2 before biting the bullet and picking it up, we covered it rather extensively here. Don't take too much time, though, this deal is over in roughly 12 hours or when the units are gone, whichever happens first.

Nexus Wireless Charger (2013) Review: You Get What You Pay For