Back in April, I said that BLU "is a company to keep an eye on moving forward." A few months later, I reviewed (and loved) my first BLU device: the Life Play. Since then I've also taken a look at the Life View – the company's take on a large-screened phone – which was also very impressive for the cost. I'm definitely a fan of what BLU is doing right now, and the company seems to be keeping a nice momentum with the Life series. It just officially announced the newest member of the family, the Life Pro (which it actually teased along with another device back in September). I was able to spend some time with a pre-production version of the Life Pro over the last week, and it's a sleek, sophisticated device. 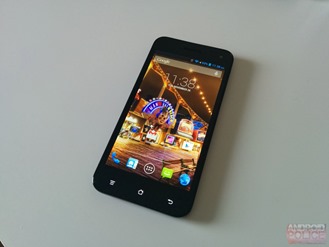 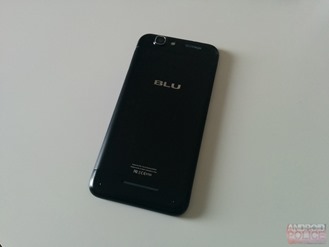 In fact, the first thing that I noticed about the Pro is just how damn solid it feels. At just 6.9mm, it feels ultra svelte, and the all-aluminum exterior really gives it a premium feel. It's mostly black with a few chrome accents, which really pop and give it a very classy look. Where the Life Play is for those who want whimsical and fun, the Life Pro is definitely for those who want for a refined and polished look. At 165 grams it's a bit heavier than the Nexus 5 or Galaxy S4, but at the same time I'd actually say the materials used give it a higher-end feel than both.

The overall design is a little different than other devices I've used, in that the volume rocker and power button are both on the left side one just below the other. It's a little strange to adjust to at first, but I got used to it fairly quickly (and it's pretty rad to take screenshots with just one finger). That said, I did end up trying to turn the display on and off with the volume down key more times than I care to admit. It also uses a full-size SIM card, which is a little weird since most other devices use micro or nano at this point. Still, a minor complaint, and nothing that a SIM adapter can't fix in a snap. 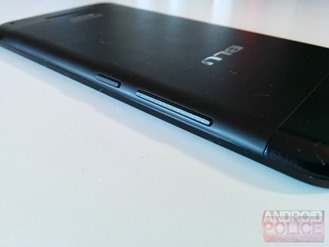 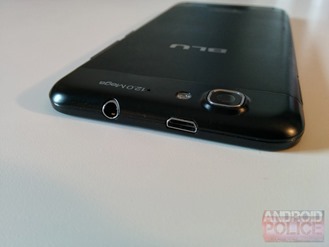 The Pro is a little more powerful than both the Play, View, and One, as it's sporting a 1.5GHz quad-core chip, as opposed to the 1.2GHz chip found in the other three Life devices. This seemingly slight bump in speed actually makes a tangible difference in snappiness, which helps affirm the Pro name. Unfortunately it still only has a single GB of RAM, but like other BLU devices that I've used, it doesn't necessarily affect performance. Still, 2GB would be nice – good thing BLU has one in the works.

Also keeping in line with BLU's other products, the Life Pro has an absolutely gorgeous display. For me, this was the standout feature of the Life Play and Life View, and it keeps going with the Life Pro. Despite being only 1280x800, it looks absolutely fantastic. Color reproduction is vibrant and immersive thanks to BLU's Infinite View and Nex Lens technologies, and everything really pops off the screen without being oversaturated. 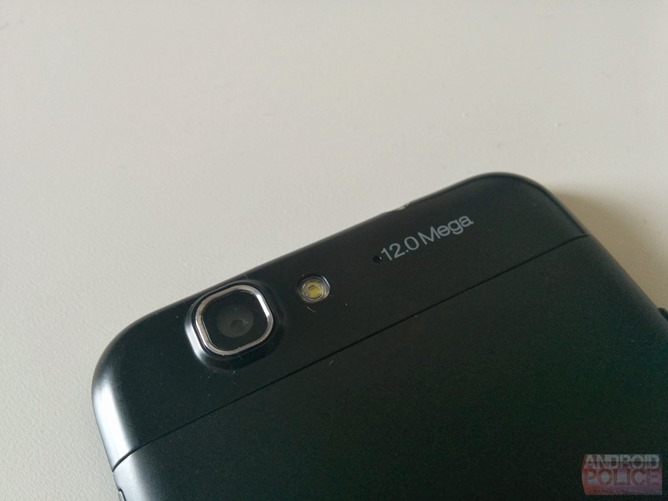 The Life Pro's 12MP shooter is pretty much on par with the Life View, which I reviewed a few weeks ago. Color reproduction looks good, and it's capable of grabbing some pretty solid images, especially outdoors. Like most smartphone cameras, it's not the greatest indoors or in low-light, but it'll work in a pinch. The five megapixel front camera is also on par with the Life View, and comes in quite handy for snapping your next selfie.

On the software side, Blu has stuck with minimal modifications to stock Android 4.2.1, much like with the Life Play/One. It still has a very stock look and feel, with useful additions like lockscreen notifications, battery percentage, a reboot option in the power menu (seriously, Google – why isn't this a stock option by now?), and a few other little things here and there. It's clean and runs really well.

Like with most Blu phones, the cost is one of the main selling points of the Life Pro. At just $300 off contract, the Life Pro is quite the deal for anyone looking to buy outside of the Nexus line. Simply put, it's a low-cost phone that feels and performs like a high-cost device.

Overall, I'm quite impressed with the Life Pro. It's a solid entry into Blu's Life series, and definitely lives up the Pro name. The performance is slightly better than other Blu devices thanks to the 1.5GHz processor, the display is beautiful, and the build quality is solid. Give the $300 price tag, what's not to love?

The Life Pro has already started shipping to retailers like Amazon, and will be available in the coming weeks.

“The BLU LIFE PRO is an accomplishment of engineering as much as one of design.” said Samuel Ohev-Zion, CEO of BLU Products. “Every detail and material - particularly the sleek aluminum enclosure - has been meticulously considered and refined. It’s made with a level of precision you’d expect from a finely crafted watch, not a smartphone.”

Photos and videos come to life with spectacular clarity and rich, natural color on the vivid 5.0 inch IPS HD display incorporated in the BLU LIFE PRO, along with OGS and Full Lamination technologies resulting in unparalleled viewing angles and eye-popping images for an incredible and brilliant viewing experience.

The BLU LIFE PRO delivers on excellent image capture quality even in adverse conditions such as low light, or no light with advanced camera technology, featuring dual BSI sensor cameras, incorporating a 12 mega pixel autofocus camera on the back with Full HD 1080p @ 30 fps video recording, along with a 5.0 mega pixel front camera with an extremely wide field of view for self-portraits.

The BLU LIFE PRO has started shipping to distributors and dealers throughout the United States, Brazil, and Mexico and will be available unlocked throughout several US Online Retail partners such as Amazon.com at $299.00 unlocked with GSM Quad Band and 4G HSPA+ 42Mbps connectivity, in addition to Jelly Bean v4.2 with future software updates available through over the air wireless update feature.