SwiftKey introduced several new keyboard layout options earlier this month, including the ability to split keyboards and move them around, empowering users to position the keyboard precisely where its most accessible. Unfortunately, some features were lost in transition. Today's update does its part to address these drawbacks. Now left-handed users, or people who just prefer having the option, can again move the number pad to the left side of the keyboard.

To access this option, just hold down the "123" key and select Themes. 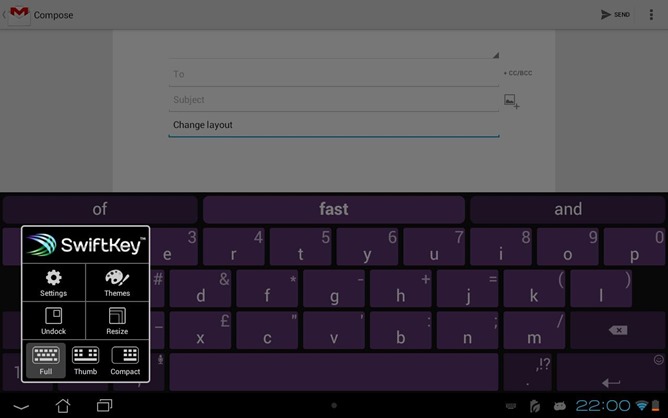 This update also brings back a number of other lost features, such as the missing dollar sign for people not in the US and the keyboard's traditional spacebar sound effect. However, the bug fixes don't stop there.

The update should already be available in the Play Store. Have at it.

Android 4.4 OTA Now Rolling Out To The Google Play Edition HTC One