A few months ago Spotify introduced the ability for users to stream music over Wi-Fi to a select speakers. The feature, coined Spotify Connect, was unfortunately limited only to iOS devices. Now an update has landed for the Android app that officially makes it multi-platform. 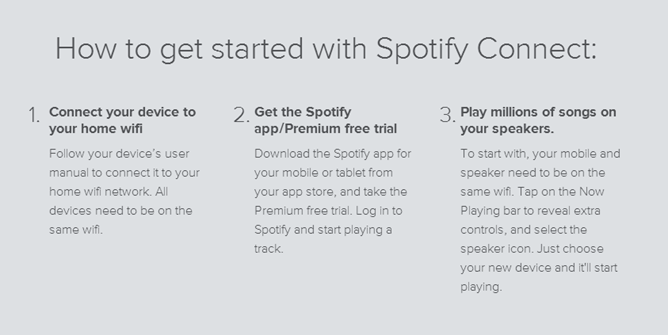 You will need a Spotify Premium subscription in order to make use of this feature, but that's not all. Only a few speakers currently work with Spotify Connect. Bang & Olufsen has the BeoPlay A9, and Pioneer has distributed a firmware update adding compatibility to several of their models.

Spotify Connect doesn't offer much that you can't already do with a Bluetooth speaker, but it does save you from having to pair your device. While you have to be connected to the same Wi-Fi network in order to use the feature, meaning you can't control music while away from home, that still amounts to a farther range than a Bluetooth device can typically manage. You will also be free to take phone calls without interrupting the music.

Obviously, this is only useful for people invested in Spotify, but for those of you, the wait is over.

PSA: You Can Finally Find Chrome Beta By Searching The Play Store