A big phone usually comes with a big price tag, but Samsung is still committed to expanding options at the more affordable end of the market. The company just announced the Galaxy Grand 2 with mid-range specs and an emphasis on media. 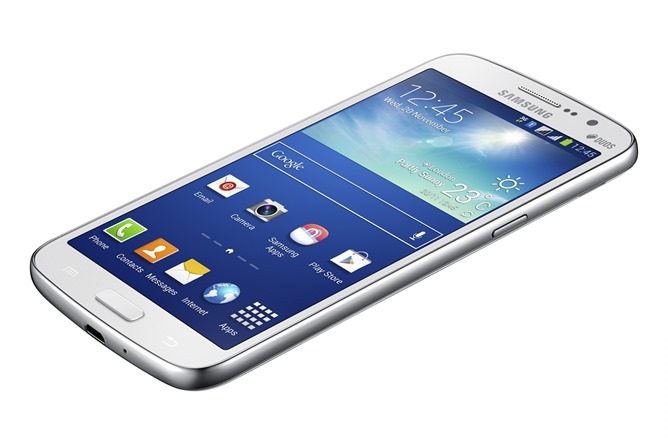 The Galaxy Grand 2 packs a 5.25-inch 720p LCD, which works out to 280 pixels per inch. That's still pretty respectable. The RAM is only half of Samsung's flagship phones at 1.5GB, and the storage is stuck at 8GB. There is a microSD card slot, though. Samsung says the 2600mAH battery can get users 10 hours of video playback or 17 hours of calls. The device has support for dual SIM cards, just like its predecessor (but it's only HSPA+). The processor on board is an unnamed 1.2GHz quad-core chip – probably an older Exynos.

The device looks like a slightly chunky mix of a Galaxy S4 and a Note 3 (it even has the faux-leather back). It does run Android 4.3 with some useful TouchWiz features, though. Samsung hasn't announced a price, but it's probably going to be on the low end for an unlocked phone. The last Grand sold for $300-400, depending on the market. The new Grand 2 probably isn't going to be aimed at the US, but it will be out there if you're interested.