Crescent Moon has been one of the more reliable developers on the Play Store as of late, and their newest game is definitely worth a look from anyone who enjoys a good old-fashioned beat-em-up. Nakama evokes the spirit of 2D side-scrolling fighters like Streets Of Rage or Double Dragon. At least, it's like Double Dragon might have been if you played it at 200 frames per second.

You play as an inexplicably blocky ninja on a quest to save his friends. For reasons that are not overly apparent, this involves killing lots and lots of bad guys, who may or may not also be ninjas. There are only four control buttons: left, right, A, and B; this Spartan interface would feel right at home in an OrangePixel game. You run, stab, and slash your way through the bad guys at a speed that would make Dante or Kratos jealous. There's not a whole lot of depth in the simple combos, but for the right kind of twitch gamer, it's a whole lot of fun.

I must admit that touch controls have become much better in the last year or so, and Nakama's are blessedly simple. But if you must have real buttons underneath your fingers, then the developers have built in support for MOGA's various controllers just for you. (NVIDIA SHIELD owners, you can map out the controls with the 4.3 update). Nakama is a free download for Android 2.3 or later. 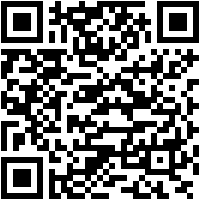