Starting today, Samsung GS4 and HTC One Google Play edition devices are getting an update to Android 4.4! Learn more about Android 4.4, KitKat: http://www.android.com/versions/kit-kat-4-4

We already saw the start of the HTC One GPE's KitKat rollout earlier today, and Samsung posted its own open source kernel files for the update before that.

If you're the owner of a Google Play Edition Galaxy S4, it's time to start hitting your "check now" button. Just don't clear your Google Services Framework data. 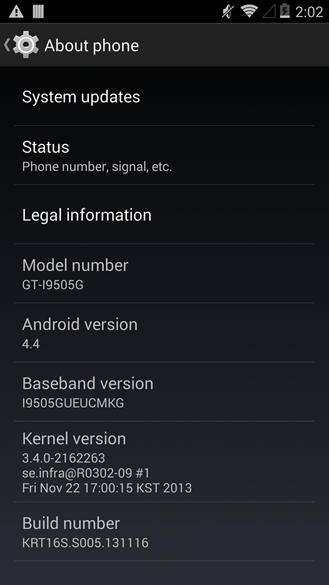 Music Player doubleTwist Gets A Big Update To v2.3 With A New Tablet-Friendly UI, Better Radio ...