An Android 4.3 OTA update has already rolled out to Galaxy S IIIs on T-Mobile and AT&T. Now the update is coming to Sprint devices. This release not only gives Galaxy S IIIs the latest version of Jelly Bean, it introduces the ability to pair the devices with Galaxy Gear smartwatches and brings in Samsung KONX compatibility. Many of those pre-installed apps will also see improvements as well. 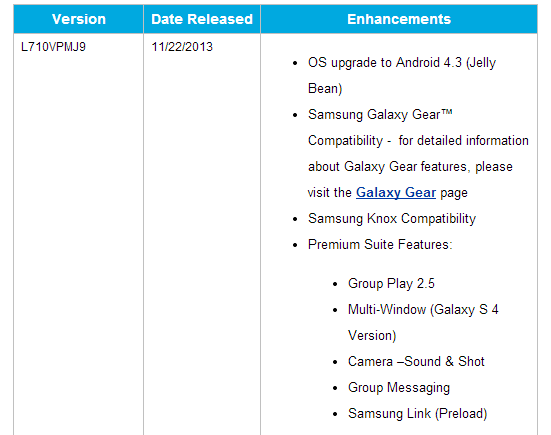 This OTA is the first in seven months and jumps the Sprint Galaxy SIII up from Android 4.1. The update version number is L710VPMJ9. If the notification hasn't already popped up on your device, feel free to check manually. But if that doesn't work, don't worry, these things tend to arrive sooner or later on their own.