We've received an early look at an upcoming version of Facebook that introduces a brand new, flat UI. This is a change that competing social networks like Twitter and Pinterest made a long time ago, and given the direction Android, iOS, and Windows Phone have all moved in, it only makes sense. When considering Facebook Messenger's recent redesign, it's even less surprising. Yet this is pre-release software, so there's a decent chance none of these changes will make it into the stable version. Nevertheless, it's still worth taking a look. Let's dive in.

Things have moved around quite a bit in this new version. A title banner has been added to the left side of the action bar where the hot dog menu currently resides, and a search icon has been added to the right. Underneath, we see five icons situated where we're used to seeing the Status, Photo, and Check In buttons (which appear to have moved to the bottom). Now there are icons for the News Feed, friend requests, status updates, notifications, and the menu. 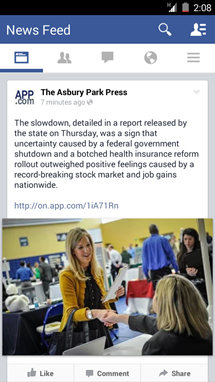 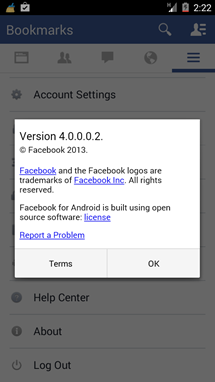 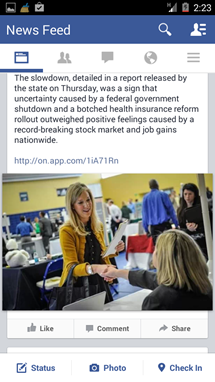 Update 11/13/13: Looks like Facebook is playing with the UI, as we now have a new variation of the bottom buttons: 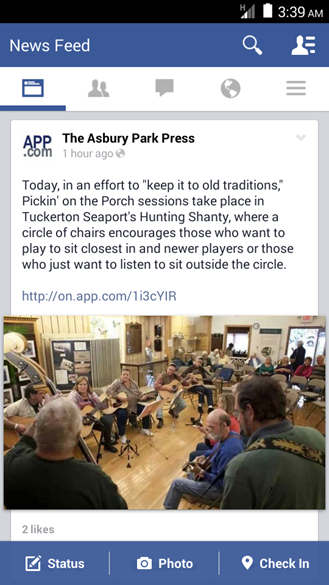 Update: Here's a look at some of the new app permissions you will need to accept before installing. 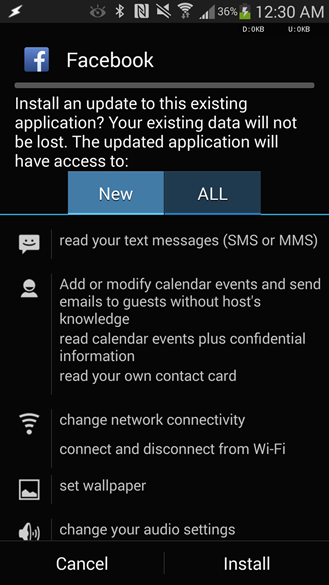 Unfortunately, the UI appears to be toggled server-side, where Facebook has control over who gets access. I am unable to see it even after installing the 4.0 APK. Chances are, you might not be able to see it either. But if luck is on your side, feel free to share your results in the comments below.

There's a good chance you may need to uninstall the current app before installing the new one. Either way, there's no harm in giving the updated version a try.