Following close behind the arrival of KitKat for the Moto X on both Verizon and T-Mobile, AT&T has now announced that it, too, is pushing out an OTA. Between Verizon's version of the handset getting the update before anyone else and the Moto X getting Android 4.4 pushed out before the Nexus 4 and both Google Play Edition devices, there is a lot to be surprised about here. Surprised, and impressed.

The update is being distributed as part of version number 140.44.5.en.US. 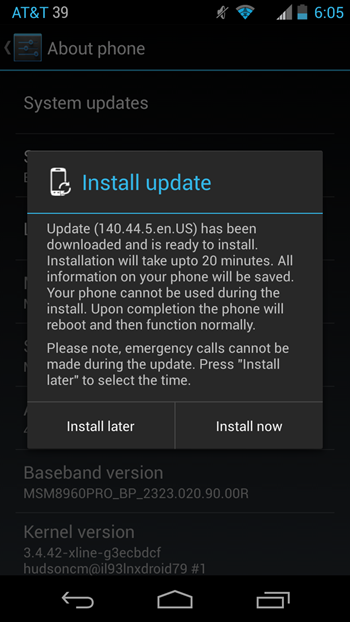 The changelog for AT&T's version of the Moto X is the same as the others. Since Motorola hasn't added much on top of Android, the changes listed are mostly those that come as a part of Android 4.4. 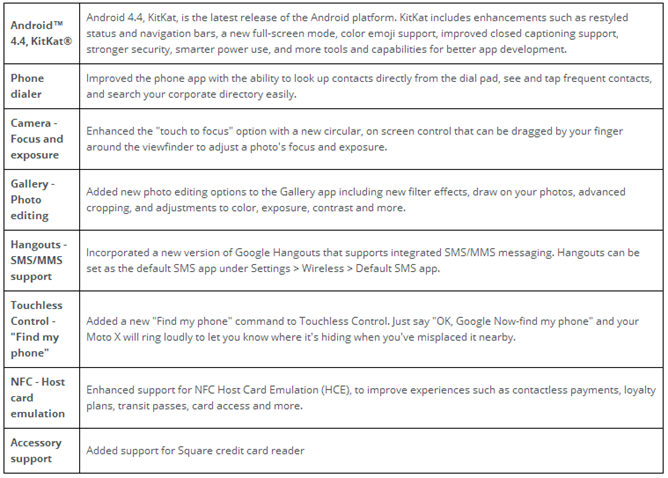 AT&T customers, enjoy. Every one else, don't worry, at the rate these updates have been rolling out, you shouldn't have long to wait.

[Bug Watch] Exchange Email Badly Broken For Many Android 4.4 Users, No Single Cause Yet ...

Turntable.fm Is Shutting Down, Team Will Focus On New Turntable Live Concert Platform