It's a good time to own a Moto X. Hell already froze over earlier this week when the Verizon version of the handset was the first to receive an OTA to Android 4.4, beating the Nexus 4 and both Google Play Edition devices. Now the update is rolling out to phones running on T-Mobile. 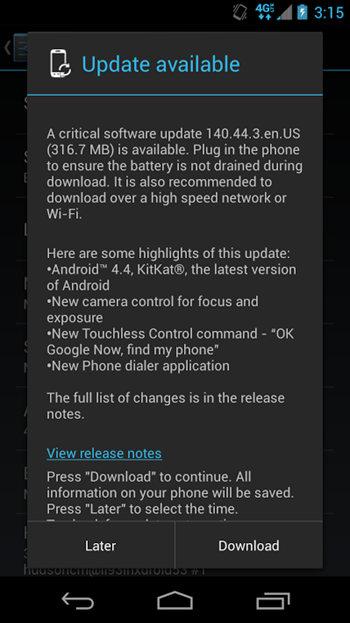 The update is rolling out in phases, but the first wave is heading out today. Since the Moto X doesn't come with that many customizations, most of the notes in the changelog detail changes found in KitKat.

This is obviously great news for T-Mobile Moto X owners. As for those on other carriers, just sit tight. Motorola says it will have more updates to share very soon.

Here Are The Manual Update Links For The Last Nexus Devices To Get KitKat OTAs - 2013 Nexus 7 ...