Zombie games are more played out than Star Wars at this point, but combining them with new and interesting genres is a way to get my attention. Thus we have Zombie Tycoon 2, the latest game to jump from the PlayStation 3/Vita to Android. But this one is unique: in keeping with its console gaming roots, Zombie Tycoon 2 requires a controller to play. That officially makes this the first SHIELD-exclusive title for the time being. We will likely see it come to other Tegra 4-powered devices eventually, but it'll still require the use of a controller – just something to keep in mind.

The Zombie Tycoon series is an odd mix of undead action and strategy. The most direct comparison I can make is to Nintendo's Pikmin series: it's a simplified RTS born and bred for the controller. You play as Doctor Brainhov, mad scientist and undead enthusiast, as he plots to take over the world with his undead minions. You control up to four groups of zombies with varying abilities in a top-down, cartoony world. Players also have access to several big guns in the form of special units, including a zombie bear and a gigantic rabid badger. That last sentence should tell you all you need to know about Zombie Tycoon 2's humor.

The game's graphics are good, I'm not convinced that they're so good that Tegra 4 hardware is strictly necessary. Likewise it seems like an odd choice to limit a strategy game to physical controls, when RTS is one of the few game genres that tends to work better with a precision touchscreen. According to the description, Zombie Tycoon 2 includes both the double-sided single player campaign and the online multiplayer component from the PSN title, so nothing has been spared in the translation.

Zombie Tycoon 2 is $9.99, so it's definitely carrying the price of a premium title. Once again, you need SHIELD to play the game, nothing else will cut the mustard right now. 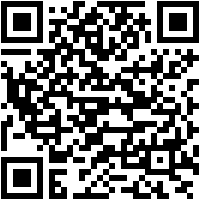