Hey! Remember they Droid Xyboards? No? Well, surprisingly, Verizon does. In fact, both the 8.2- and 10.1-inch versions are getting an OTA update that brings Jelly Bean (Android 4.1.2) right now. Fantastic.

So what does this mean for Xyboard owners? Some new stuff, pretty much. Like Google Now! And Chrome. And Movie Studio, according to Verizon's changelog. 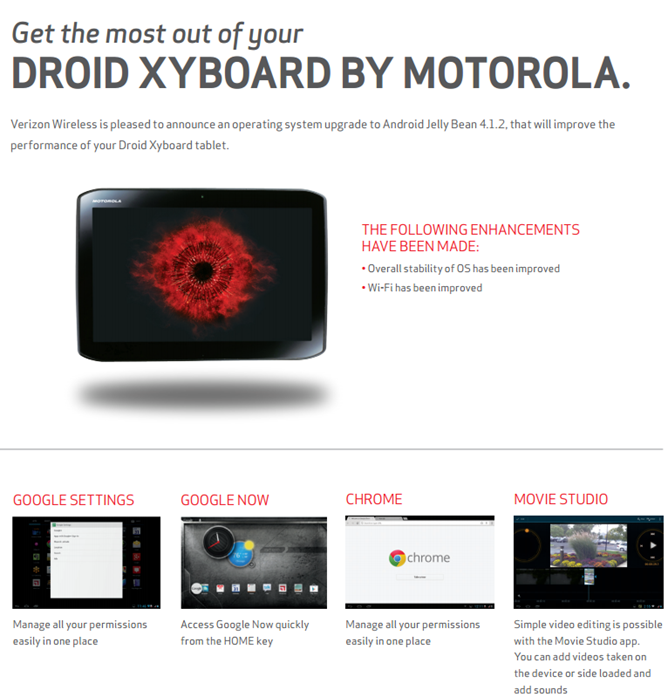 See? Look at all that new stuff. Really, there aren't a lot of tangible differences between 4.1, 4.2, and 4.3 aside from just knowing that you're a few versions behind. So at least you'll have all (or at least most) of the functionality offered from Jelly Bean. That's good.

The OTA should be on its way now, so jump into the Settings > About tablet menu to see if it's available on your device.

After Over 15 Years Of Service, Winamp Will Cease To Be Available For Download Starting ...