Toshiba pisses me off. It's a company that released one of my favorite Android tablets of all time (which is also subsequently abandoned after 4.1). When I know that a company is capable of putting out good gadgets but they continuously release garbage, it frustrates me. Announcement after announcement, I think this could be the one – this might just be the next good Toshiba device. And every single time, I'm disappointed. And even if they do release something that's worth using, the chance of it ever seeing a major OS update is basically zero. I constantly hope for a second Excite 7.7 with better support.

So when the company reached out with the opportunity to review the new-as-of-today Excite 7, I jumped on it. Knowing nothing at all about the tablet, its namesake immediately took me back to the beloved Excite 7.7, so I had high hopes for this little gadget. Turns out the Excite name is just as convoluted as Samsung's Galaxy line – it basically means nothing aside from "this is an Android tablet." The Excite 7 isn't comparable to the 7.7 on any level – all the things that made the 7.7 so good (like the display) are almost polar opposites on the Excite 7. Even when considering its entry-level $170 price tag, this tablet is a huge letdown.

Let's talk about why. 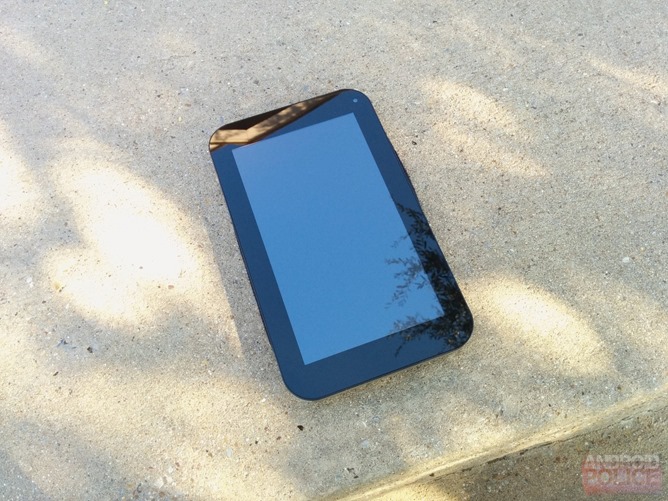 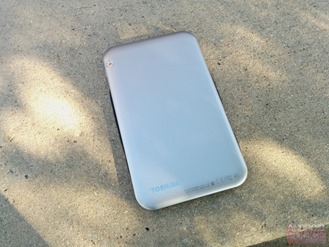 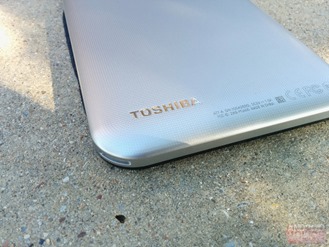 The Excite 7 takes elements from other Excite tablets, like the dimpled aluminum back. It looks OK, and does somewhat help it stand out in the crowd as far as aesthetics are concerned. Aside from the 3MP rear shooter in the upper left corner, the back is pretty plain.

One thing I actually really like about the Excite 7 is the button placement: instead of putting the volume rocker on the side and power button on the top like most seven-inchers, Toshiba decided to flip that around, so the volume is on the top and power on the side. This is a good decision because the volume rocker is properly oriented in both landscape and portrait, which isn't the case with most seven-inch Android tablets (turn one of them into landscape and hit what should be volume down, you'll see what I mean). So hats of to Toshiba for that. 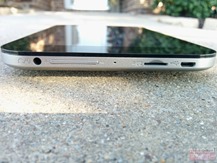 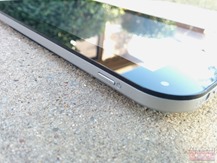 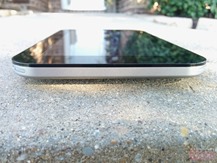 Aside from the power button, you'll find basically everything along the top of the unit: microUSB, microSD, volume (as already mentioned), and the 3.5mm headphone jack. The power button is on the right side, and stereo speakers are on the bottom corners. The left side is completely empty.

Surprisingly, the build quality of the Excite 7 is pretty solid. The buttons feel good, and there's a solid click when they're depressed, and the entire thing feels very well constructed. My unit has no creaking or popping to speak of. On the outside, the Excite 7 looks like it could be a very promising little device – unfortunately, most of the other features drop the ball, like the awful display, for example. 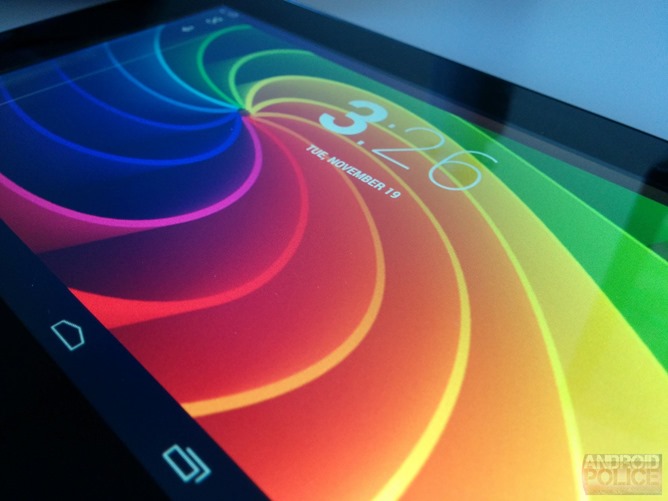 We live in a world where 1080p is becoming the norm on phones and seven-inch tablets, and 2560x1600 is the sought-after resolution on ten-inchers, yet Toshiba decided to put a 1024x600 display in the Excite 7. There's nothing Exciting about that – this is a resolution that was unacceptable last year, much less now, at the end of 2013.

As soon as the display is turned on, it's immediately apparent what an eyesore it really is – everything is grainy and pixelated, like the entire display is grease-smudged. In fact, I continuously wiped it off thinking there was something on it. It didn't help. We need a "wipe for more pixels" feature.

To make matters worse, the color reproduction is pretty crappy. Of course, after seeing the resolution I didn't have high hopes, so at least it didn't under-deliver – but it sure didn't do anything to make the display seem better than it is, either. Whites are yellow-gray-bleh, and blacks are... just kind of gray. Reds, oranges, and pinks are dull and boring. Blues and greens aren't so bad, but even then they're just OK.

Viewing angles aren't completely awful, so that's something, I guess.

To put it simply, this is the worst display I've seen on a tablet this year. In fact, the only display I've ever seen that beats the Excite 7 is crappiness is the Acer Iconia Tab A100 (excluding no-name garbage, of course). That was a horrible display. It was also from two years ago. 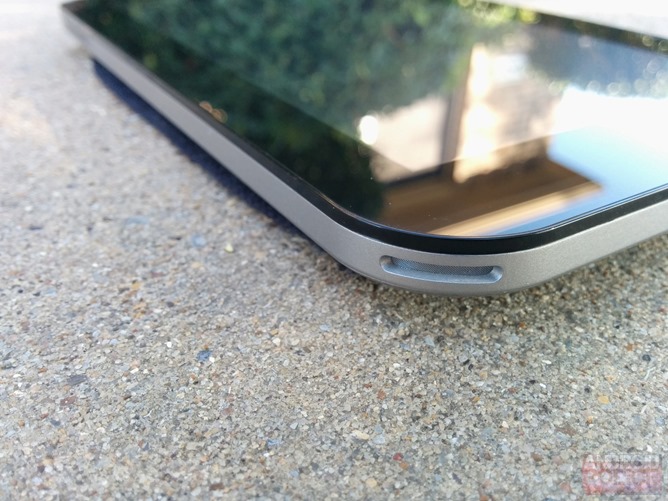 So the Excite 7's speakers really aren't that bad. I'm a fan of the placement (don't get me wrong – front is still the best place for speakers, but the side works much better than the back), which basically keeps them in an always-accessible position, regardless of orientation.

The don't get overly loud, but they'll definitely get you through a YouTube video without much issue. I'm not sure I'd want to power through an entire two-hour movie using nothing more than the built-in speakers, but they get the job done for YouTubing and playing games (even if the rest of the system can't hold up to the latter).

Of course, Toshiba also includes its own "SRS" options for sound, which basically uses software to manipulate audio. There are two options within the SRS menu: Headphone and Speaker. Within each of those, there are three sub-settings: movie, music, and voice. The goal is to optimize the audio experience according to the specific type of content. Using the built-in speakers I couldn't really notice a huge difference between the different modes, and even with headphones it's very subtle. I guess it's nice to have the option either way. 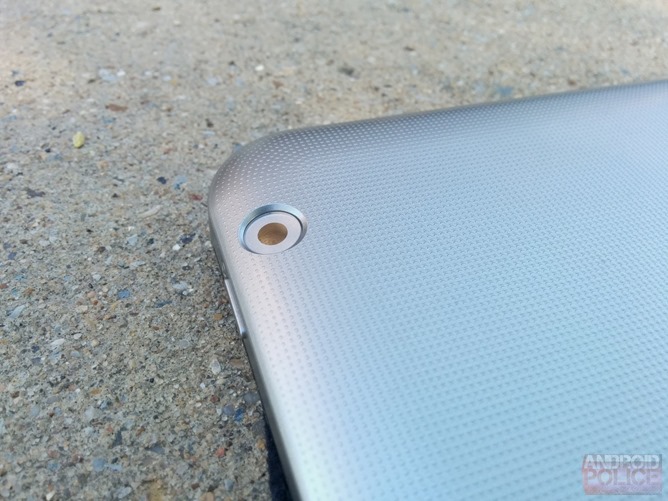 As expected, the camera is about as basic as it gets – it doesn't even support any sort of manual or auto focus or have a flash. It's just point, shoot, and hope for the best. Here's the weird part, though: the best really isn't terrible. In fact, I'm actually sort of impressed with the shots the meager 3MP shooter was capable of capturing – outside, at least.

Unfortunately, there's a very noticeable amount of shutter lag – after hitting the button, it's roughly 3-5 seconds before the Excite 7 actually managed to capture a picture. And naturally, if the device is moved during this wait, the image is blurry and unusable, especially in low-light situations (since there's no flash, you can't count on that either). 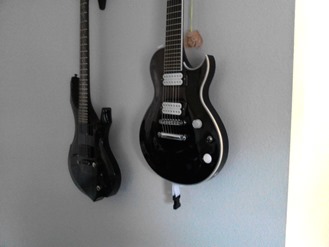 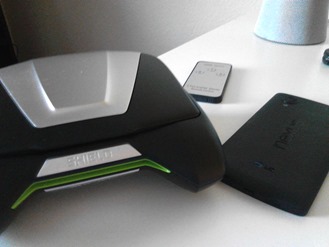 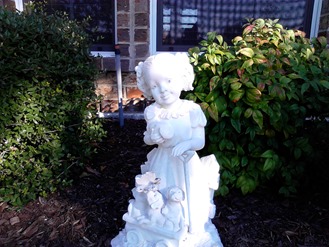 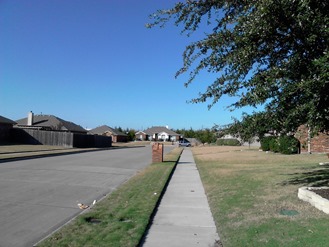 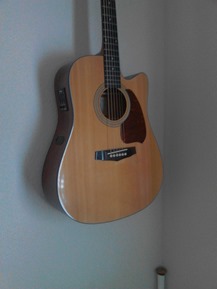 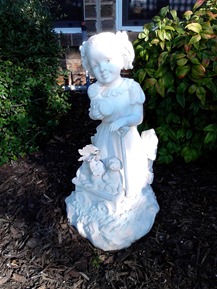 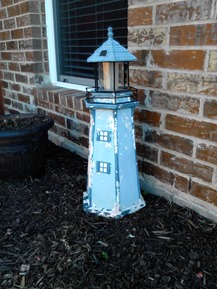 Is it the best camera I've ever seen? Hell no. But it sure blew away any expectations I had about a 3MP rear shooter. It's basically useless in low-light conditions (or any indoor shooting, really), but it's not half bad outside. I'm shocked. 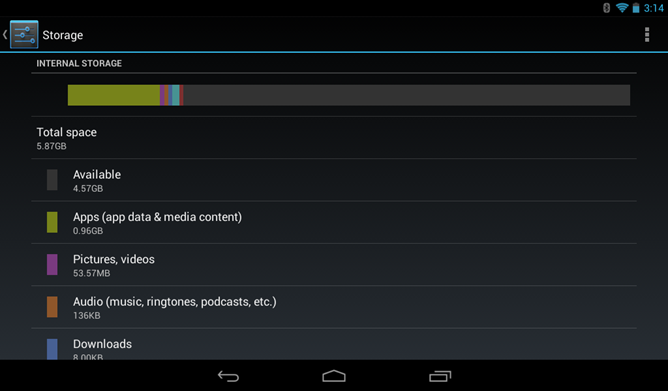 The Excite 7 ships with a measly 8GB of internal storage, and a paltry 5.87GB is all that's available to the user. Don't expect to store a lot of apps on here, and if gaming is what you're after, just forget about that (not that you'd really want to game on a 1024x600 display anyway).

It does have a microSD card slot, but as always, that's just for consumable files like pictures, videos, music, and the like. It doesn't add additional space for more applications.

Battery life on the Excite 7 isn't totally abysmal, and it actually has pretty decent idle time. Once you really start putting it through the paces, however, it drains relatively quickly. During my time with the device, I powered through some [kind of] gaming sessions with Dead Trigger 2 and Total Conquest, watched some YouTube, and surfed the web, and got around six(ish) hours of screen-on time. Toshiba claims the unit should provide around 13 hours of use under a "typical user scenario" (whatever that means) and up to eight hours of video playback, so my usage seems to be pretty typical considering I really pushed the processor while [kind of] playing DT2. 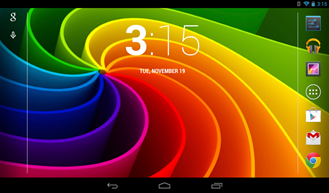 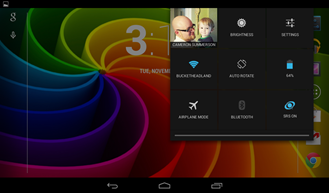 The Excite 7's interface is basically stock Android, with a few tweaks here and there. The few changes that Toshiba made can be found under the hood, tucked away within the Settings menu. As mentioned in the Speakers section above, the tablet features an option for "Audio Enhancement," which basically optimized both the speakers and/or headphones for movies, music, or voice. 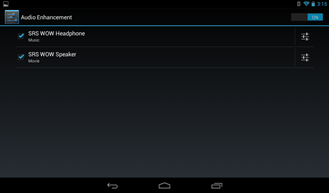 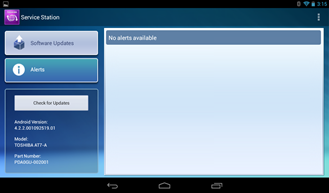 Past that, Toshiba's Service Station is along for the ride, which is how the company sends out over-the-air updates should such a thing ever happen. There are also a few installed apps, like a user guide, Toshiba registration, and "tablet how?," which is basically just a link to some online documentation. Like I said, it's pretty dry. Hopefully this means Toshiba will be able to easily update it... but I wouldn't count on it. 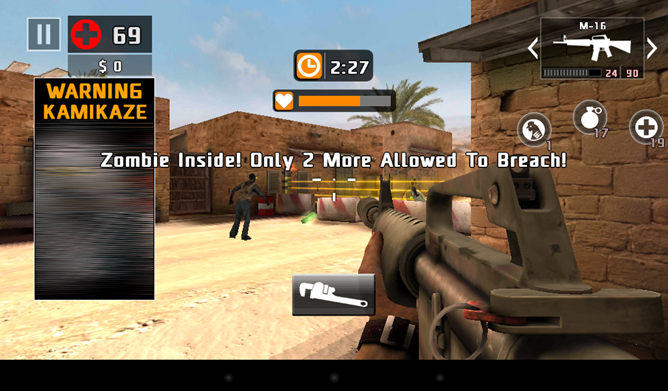 It doesn't take a lot of work for a modern processor to push a 1024x600 resolution, so the Excite 7 unsurprisingly zips along pretty quickly for most tasks. It might look like crap doing it, but apps loaded quickly, rotation was smooth and fast, and everything purred along without much issue. The 1.6GHz Rockchip processor actually benchmarks similarly to the Nexus 4's Qualcomm Snapdragon S4 Pro, which is a bit surprising. I don't put much faith in benchmarks, however, so take that for whatever it's worth.

One of the primary places where performance takes a hit is [unsurprisingly] gaming. I tried to play Dead Trigger 2 on the Excite 7, and it didn't go so well – aside from just looking like crap, it was laggy and terribly choppy when more than three zombies were on the screen (read: basically always), making it almost unplayable. There was a very tangible amount of latency in the controls, so sometimes I was swamped with four or five deadlings before I could pop off the first round. Needless to say, I used a lot of painkillers and frag grenades just to make it through without dying. Annoying. Fortunately, lighter, less graphically-intensive games like Canabalt HD played pretty well for the most part. 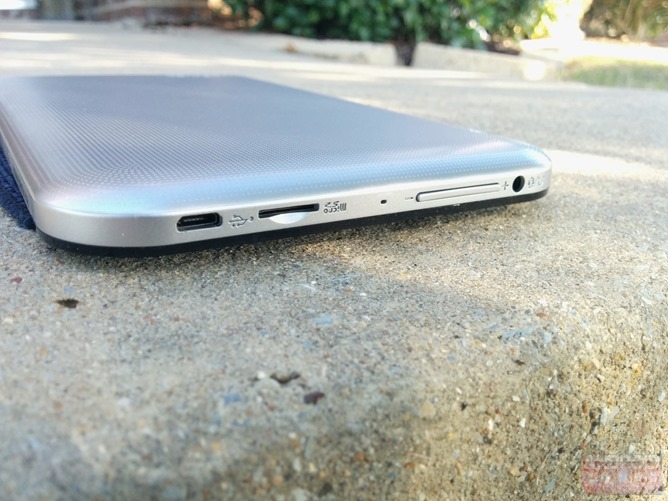 So here we are, at the part where I sum up my feelings on the tablet. I honestly think I did that with the headline – there really isn't a reason this tablet should exist. For $30 more, you can get the Tegra Note 7, which is actually a really solid device and has killer stylus support. The screen is the TN7's main shortcoming, but compared to the Excite 7, it looks downright fantastic. And hell, it's basically twice the tablet all around – it has a faster processor and more storage. Absolutely no contest. Of course, it goes without saying that the Nexus 7's base model is only $60 more, but that's a bit more of a stretch. The odds are if you can afford that, you're not looking at this.

So, do I think this tablet is worth buying? No, not really. I can't think of anyone it's really good for, especially considering the competition. I can't recommend in good conscience that anyone actually pay money for it, at least not at this price. Put a $99 price tag on it and it immediately gets more appealing, and I could actually see it being a decent budget machine, screen resolution be damned; otherwise, it's just not worth it. That may seem harsh, but that's just how it is.

I desperately want to hold Toshiba to a higher standard than this, as I've seen what it's capable of. When I look at something like the Excite 7, though, I just see a company that's out of touch with the market, and even more out of touch with what consumers want. It's true that many people want a tablet that won't break the bank, but they absolutely don't want to deal with outdated hardware – especially the display – to get it.

If this device is insight into what Toshiba plans for the future, then it's going to be a grim one for them.