The project's title is also strange in that it's a bit of throwback: instead of being a companion device a la the Galaxy Gear, Sony Smartwatch, or Pebble, the Pine is more like a tiny, full-fledged smartphone that lives on your wrist. In that respect it's an update to the watch-phone that's been lurking on the outskirts of the tech world for the last decade, with a dash of the Fossil Palm Watch thrown in for good measure. This is nothing more or less than a full Android device made into a watch. 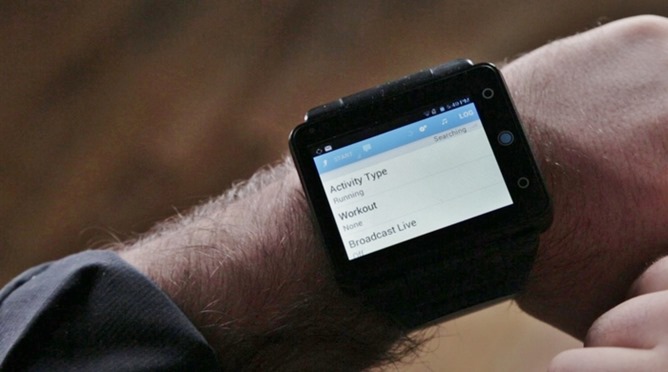 Phone calls? Check. Web browser? Check. Full virtual keyboard? No problem. Camera? Front and rear - take that, Samsung. The interface even looks like a smartphone, and it should - it's running Android 4.1 with a minimal amount of modifications. (The Kickstarter page says that an Android 4.4 update is indeed in the works.) Pre-production screenshots show the Pine running standard Android apps like AOSP email, Facebook, Chrome, YouTube, and Google Now. The Kickstarter description says that the device isn't certified for Google Play just yet, but they're working on it. And yes, it can play Angry Birds.

Pop the Neptune Pine off of its strap (which is really more like a wrist-mounted dock) and you'll see what I mean. It's basically a tiny phone with a 2.4" 320x240 LCD screen - small, yes, but not unbelievably so when you consider that some of the early budget Android phones used a 2.8" screen. Inside that chunky little case is a Snapdragon S4 1.2Ghz dual-core processor, 512MB of RAM, 16GB or 32GB of storage, Bluetooth, WiFi, GPS, speaker and mic, vibration motor, a VGA camera on the front and a 5MP camera on the back (which presumably gets a nice view of your arm hairs most of the time), and a 3G GSM radio. They even managed to include some of the smartphone creature comforts like a headphone jack and a LED flash on both sides. Basic navigation is performed with a mixture of capacitive buttons and software gestures. 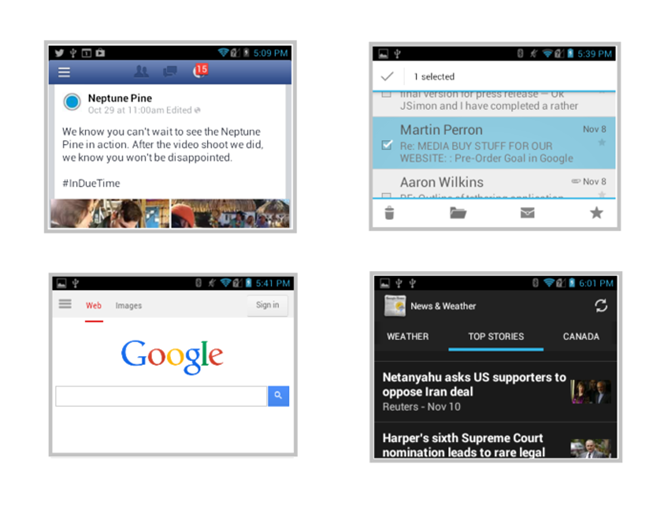 The Neptune Pine is a sincere attempt to replace both a conventional smartphone and the newfangled smartwatch. Snap it off the wrist strap and it's a tiny phone, or you can use it as a GoPro-style action camera with the sold-separately helmet mount. Of course, trying to please everyone with an in-between device is a tall order: at 66x53.5x14.2mm, the Pine is a tiny phone and a massive watch, more like the contraption Leela from Futurama had on her wrist than a traditional timepiece. The creators go to great lengths to assure backers that it will have acceptable battery life, quoting 120 hours of standby time, 8 hours of talk time, and 7 hours of continuous browsing on a 810mAh battery. The screen is a conventional LCD, so it won't have an always-on function like some smartwatches - a Moto X-style motion-sensitive wake would be a good idea here. 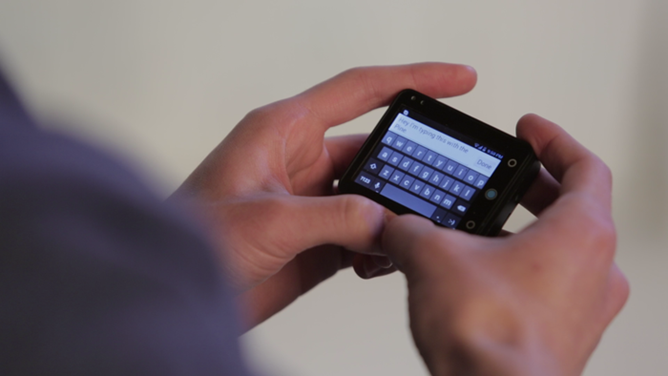 Neptune is being ambitious with its scheduling, planning to get the device into backer's hands with a projected shipping time of January 2014. (Note: Kickstarter projects tend to be delayed with depressing frequency - I wouldn't hold my breath on that ship date.) Pledges for hardware start at $199 Canadian for the early adopter 16GB model and go all the way up to $329 CAD for the 32GB Pine, a clip mount, pulse counter and helmet mount (plus the usual exorbitant $1000 pledge level). Neptune will ship the device to the US and Canada for free, with $15 for international shipping, but the Pine will only be certified for use in the US, Canada, China, India, and the EU at launch.

It's an interesting idea to be sure. We'll see how Android works in this hybrid platform when Pine reaches its backers.