Samsung Galaxy S III owners have waited patiently for their Android 4.3 update, and though Samsung put the international version's update on hold, American carriers have started to push out OTAs to their customers. T-Mobile got the ball rolling yesterday, and now AT&T is doing the same. The company is distributing the most recent version of Jelly Bean via an update to build number I747UCUEMJB. 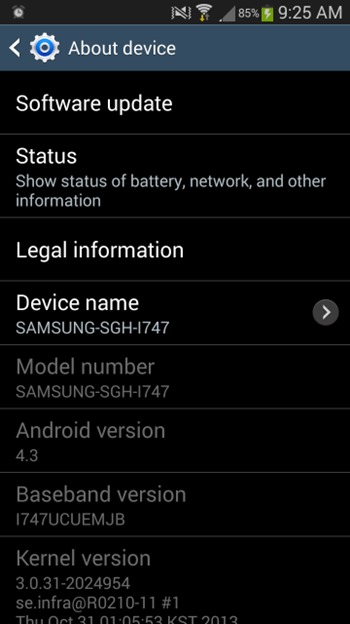 The download is over 600MB. When it's done, users should have access to such things as support for Galaxy Gear and Samsung KNOX. There are also general touch-ups for TouchWiz, camera improvements, and plenty of under-the-hood niceties. The update is rolling out to Galaxy S III owners gradually, but that doesn't mean there's any harm in checking manually.