If you read our Nexus 5 Voltron-style review, you know that one of the Nexus 5's only real failings is its tiny, tinny speaker. To quote Mr. Ruddock: "It doesn't get very loud, the quality is pretty gag-worthy." A few XDA-Developers members decided to investigate the actual hardware on the speaker, leading Adam Outler to conclude that at least some units were affected by a manufacturing defect. He decided to fix this problem the XDA way: by cracking the phone open and poking holes in it. 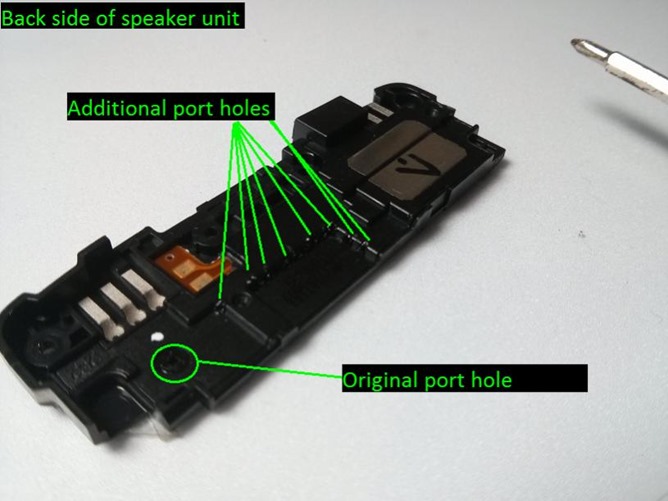 OK, so it's a little more subtle than that. Outler suspects that runny manufacturer glue is covering some of the ports in the speaker unit used to resonate sound outwards, muffling the speaker to an extreme and annoying degree for some users. By opening the case, physically removing the unit, and using a hot needle to drill additional holes in the plastic, the sound escapes through more of the speaker unit, making the audible noise more clear. You're not going to get "BOOMSOUND" with this method - it's not actually amplifying the speaker itself - but another user who tried the modification measured a decibel rise equal to a 2.5x increase in perceptible sound. Not bad.

YouTube user XatakaTV recorded the process and uploaded a video. You probably won't get much out of the narration unless you're fluent in Spanish, but it clearly demonstrates the process and results.

This modification isn't for the faint of heart: opening a sealed device with no removable battery like the Nexus 5 is always a pain, and you can wave your warranty goodbye. ("Modifications? Oh, no, sir. I just removed the speaker and poked holes in it with a needle. Which I heated with a lighter. Yes, crack-spoon fashion. Can I have a replacement?") But for those who are frustrated by a phone with crappy speaker volume, and who are comfortable with a little phone repair, it might be worth the effort.