Update: Samsung has confirmed that it meant 800k shipments – not sales. The confusion might have resulted from Samsung's claim that the Gear is the best selling smart watch, which might still be true. We don't know how many have actually been sold, or if that rumored 50k sales number from last week is accurate.

Samsung's foray into the nascent smart watch market has not been as much of a failure as some recent reports would have you believe. The company just announced that the Galaxy Gear has sold about 800,000 units in its first two months of availability. That makes it the most popular smart watch in the world. 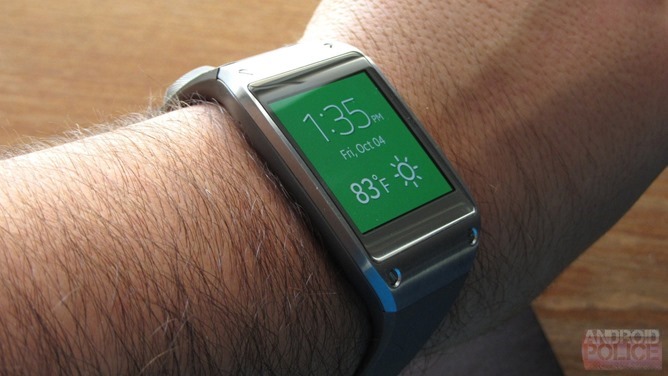 Samsung is closing in on the million device threshold despite largely negative reviews for the Gear when it was launched alongside the Galaxy Note 3. In fact, Samsung's other devices are still in the process of getting updated to work with the Gear – the Note 3 was the only compatible phone for much of the last two months. That makes the sales numbers that much more impressive.

The Galaxy Gear has a 1.63-inch AMOLED screen, an 800MHz ARM chip, 4GB of storage, and Bluetooth 4.0 LE. It doesn't get the same long battery life as something like the Pebble, but it has the potential to show more rich information. Of course, it works best with Samsung's built-in apps. Even at $300 the Gear is apparently doing just fine.