There are a number of themes in Android news so common that we can almost pre-write the posts. One of the near certainties has always been that Verizon is going to take forever to update its phones. Well, that's why this news is so surprising. KitKat is coming to the Moto X on Verizon first, and it's happening today. 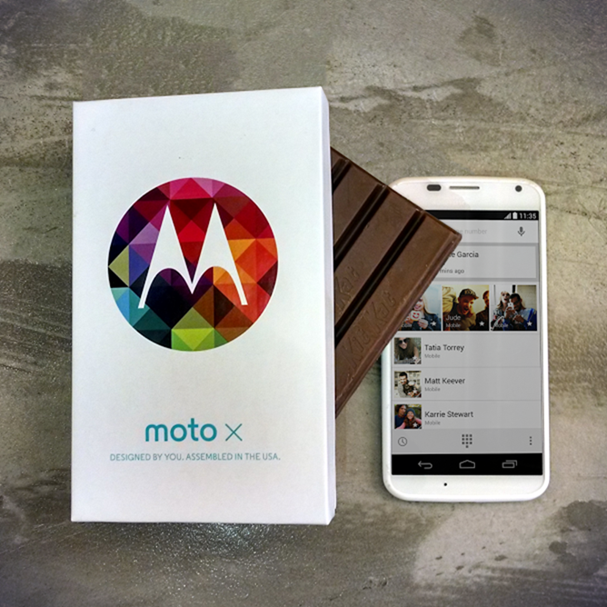 This will jump the Moto X on Big Red directly from Android 4.2 to 4.4, and leaves the other versions of the device in the dust. In fact, there hasn't even been an OTA update for the Nexus 4 or the Google Play edition Galaxy S4 or HTC One. Yes, everything you thought you knew about Android updates is wrong. Here's the list of improvements in Android 4.4 according to Motorola:

The Android 4.4 update is rolling out in phases, with the first one starting today. Verizon being Verizon, it will probably watch for any sign of trouble in the first batch of updates. This might even technically be a soak test, which means a delay after the first push. However, the official announcement from Motorola would seem to indicate that the software is pretty solid – it would be a black eye if they made all this fuss, then had to pull the update because the something was busted.

There's nothing official on other carriers, but Motorola says it will have more soon.

[Deal Alert] Motorola Is Selling Accessories For 30% Off, Sale Lasts Until November 27th