Remember that Android 4.3 update that started rolling out to the AT&T Galaxy S4 last week? Well, you can stop waiting for it and hitting the update button every 10 minutes – there's been a little hiccup. 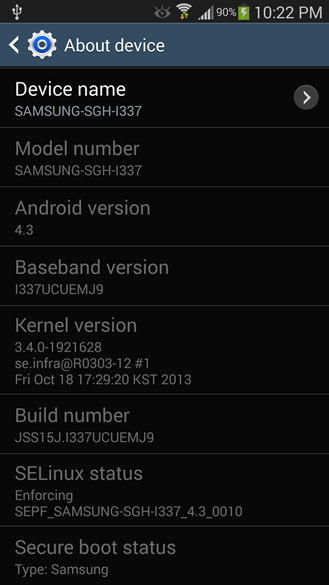 After hearing some reports, we were able to confirm that AT&T has indeed pulled the update while they investigate some issues. There is no word on when it will start rolling out again, or what the exact issues was with the last update. We were told the update was on hold so Samsung and AT&T could look into "potential improvements."

This update was supposed to include Galaxy Gear support, but it looks like the Note 3 will be the only device on AT&T with support for Samsung's smart watch for a bit longer. So if you haven't received the update yet, you probably won't be getting it for a while yet.