Update: The US update just hit our unit in the wee hours of the morning, right on time. It's 273.17MB and takes about 10 minutes to install if you've got the mobile dock (less if you don't). You should be able to get the update by hitting up the system OTA menu. Remember, the full images for the Taiwanese and worldwide SKUs were posted a few days ago, so you can go that route if you want.

The newest device in Asus' Transformer Pad line, the TF701T just hit virtual shelves at the end of October, but already Asus is preparing a system update for it. The Tegra 4-powered tablet ships with Android 4.2.2, but Android 4.3 is rolling out on November 18th, according to Asus. 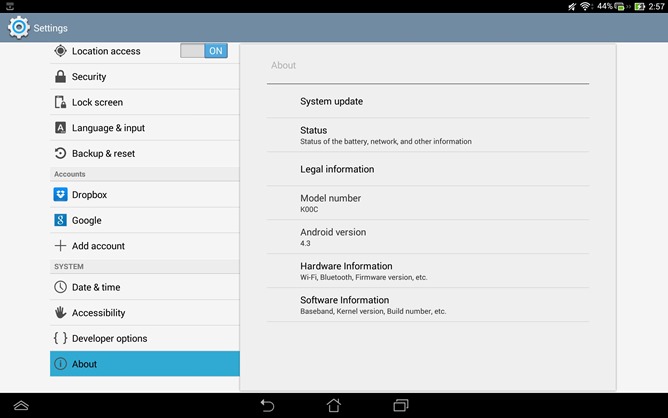 The update will include the following improvements: 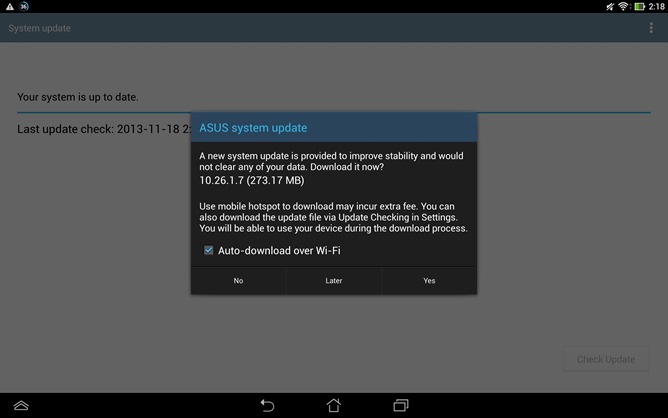 Okay, so it's not quite KitKat, but at least Asus is getting within striking distance of that lofty goal. The update should arrive on all devices via an OTA update, so if you're one of the lucky few with this device, get ready to mash the update button.