Christmas is coming a little early this year – Staples has a coupon that gets you $50 off any tablet over $149. That means you can get a solid deal on several great Android slates. 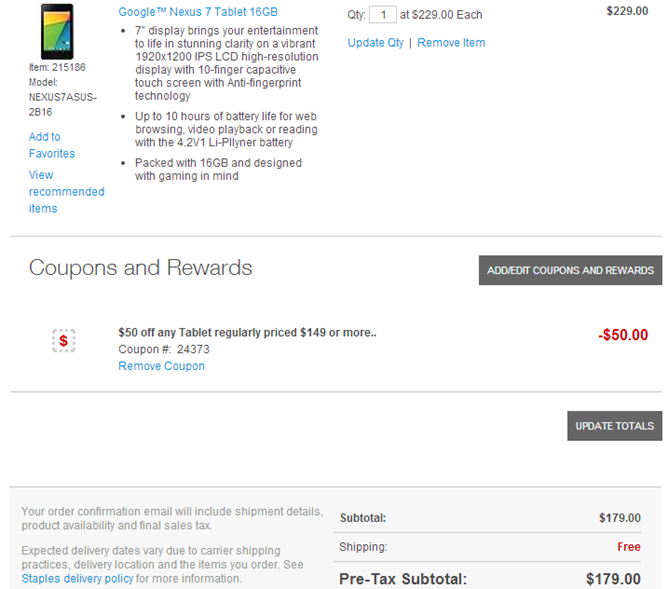 All these devices should include free shipping, but you're probably going to be stuck paying sales tax.