American football fans, sit this one out. Sega's latest game is geared towards the other kind of football, the one that, you know, people actually play with their feet. This popular series turns soccer fans into managers of their own professional club. From the confines of their Android device, players can manage most aspects of running a team for $9.99. Yeah, that's a bit pricey for a mobile title, but calling the shots doesn't come cheap, even virtually.

Players get to build a club from scratch, trade players, manage the media, and deal with the board. This may not be everyone's idea of fun, but not all of us are wired to kick the ball into the net ourselves. Someone has to be the manager, and Sega's annual sports sim is aimed at that person. 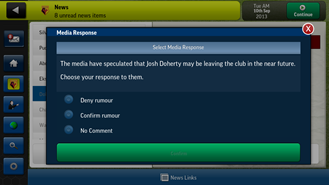 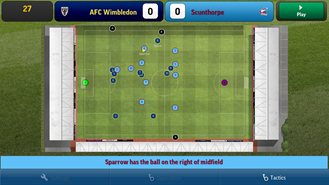 Football Manager Handheld 2014 has received a makeover, but it's still not much of a looker. Expect to spend the bulk of your time looking at menus, grids, stats, and graphs. For this year's release, Sega hasn't really upped the graphics, but they've crammed in brainier features that are sure to appeal to their legions of fans.

*This feature is not available on all devices. Dependent on device capability.

Last year's version contained in-app purchases, so be on the lookout. Ten dollars can get you through the door, but it may not buy you everything. Yet if you want to save a few bucks, last year's version has gone down to $6.99. On the positive side, this is not a visually demanding series, so either release should be compatible with most hardware.

AT&T Galaxy S4 Gets Its Android 4.3 And Galaxy Gear Update