Today is a big day for Republic Wireless. After weeks of anticipation, the Moto X is finally up for sale alongside four new plans. The Moto X costs $299 from Republic, but that's without any kind of contract – the full price is $499 most places. You also get you choice of four super-cheap service plans on Republic Wireless. 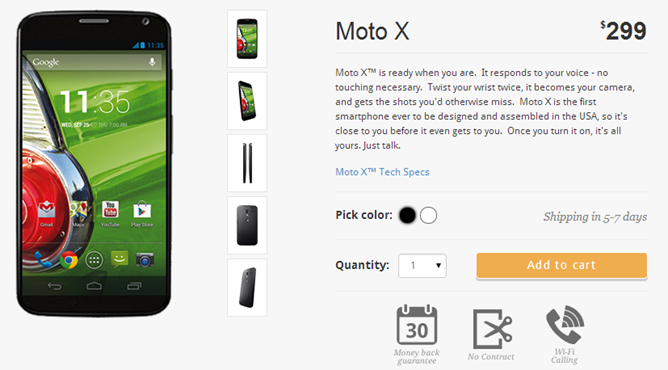 This is only the second phone Republic Wireless has launched, with the last being the lackluster Motorola Defy XT. The Moto X sold by Republic is identical to all the other variants, except it has been configured to work with the carrier's hybrid service. Republic Wireless runs on the Sprint network, but only if you're not connected to WiFi. If you're on WiFi, all your calls and texts are sent over the internet. That saves Republic money in usage fees, so it can offer cheaper plans.

Each pricing tier has different limitations. For example, the $5 plan doesn't have mobile calls or data at all – just WiFi. The more expensive plans add mobile voice/text, mobile 3G, and finally 4G at the $40 level. 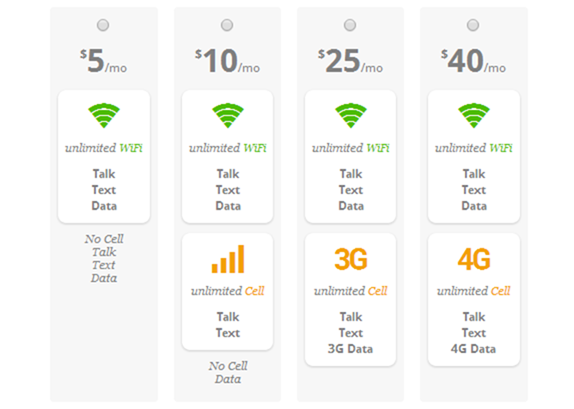 In addition to launching the Moto X today, Republic Wireless has announced support for MMS. So if you're still into that, Republic's got your back. The phone is available now, but shipping will take 5-7 days.