Earlier today, a post on the Chrome Releases blog announced Chrome 31 is moving from beta to the stable. The update is coming in with a number of exciting features, including: printing from Chrome on devices with KitKat, support for requestAutocomplete to auto-fill payment details with online stores, 'Add to home screen' for web apps, and more. 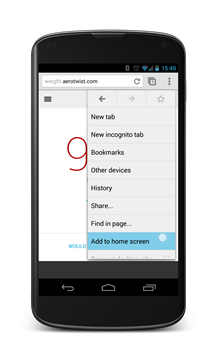 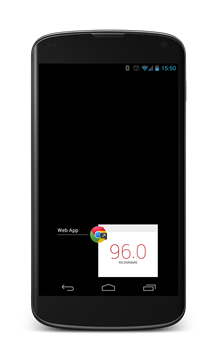 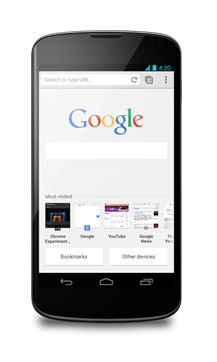 If you've been following along with the beta channel, you're probably already familiar with a few of these changes. The stable version should now include the recently introduced 'Add to home screen' feature that allows web apps to act more like native apps and have their own entries within the Task Switcher. Also making the jump is an updated New Tab Page that first turned up a few months ago.

For anybody that still prints out hardcopies of web pages, Chrome now also sports the new printing feature added in KitKat. Never again will you have to send a URL to your desktop just to hit the Print button.

Google's blog post downplays support for the new requestAutocomplete API, but this may be one of the most exciting additions yet. This newer WebRTC standard is designed to give online retailers a way to streamline the shopping experience for their users, allowing payment details to be automatically transmitted without manually filling in any fields. The best part is, Chrome also (optionally) integrates with Google Wallet so all of your payment details and the transactions are stored and handled more securely. Take a look at the video to see how this can work.

One final interesting detail about this update has to do with security. Each version often includes a number of fixes, sometimes with special commendations for particularly nasty vulnerabilities. A user by the name of Pinkie Pie is credited with discovering a critical flaw having to do with "Multiple memory corruption issues." For this, he (or she) was rewarded with a $50,000 reward as part of the Vulnerability Rewards Program. After a quick search, it appears Pinkie Pie has been pretty busy, having been rewarded nearly $180,000 in just the last year (1, 2, 3, 4), not to mention credit for at least 11 bugs. I think I can safely speak on behalf of Chrome users everywhere, keep up the excellent work, and we're all a little bit jealous.

The update will be rolling out to everybody over the next few days, so keep your eyes open for it and give a shot to some of the great new features!

Coin Is What The Physical Google Wallet Card Could Have Been, And It's Already Available For ...