I like headphones that sound good, and as such, I really enjoyed the RHA MA350s when I reviewed them about a year ago, especially given their extremely reasonable retail price of about $40. For the money, I'm still not sure there's a headphone out there that's going to clearly best them. I actually bought a pair for myself as my backup travel headphones, and they've held up admirably.

But while the MA350s are indeed a good headphone, they are still not truly great - compare them to good IEMs (in-ear monitors) in the $100-200 range, and the difference rapidly becomes apparent. Highs feel a bit empty and shrill, mids feel muddy and muted, and bass simply isn't very complex or tight. This is what I have a hard time communicating to people who don't believe there is a real benefit to be had with entry-level high-end IEMs (and trust me, $100-200 is entry level), in that they simply don't believe me, or don't believe that the difference is anywhere close to being significant enough to warrant the cost.

If I had to analogize it, I'd say the earbuds you find included with some smartphones are a bit like a VGA front-facing smartphone camera, the MA350s and similarly-performing headphones are like a decent point-and-shoot camera (yes, that big a difference), while getting into high-end IEMs is like buying a Canon T5i - minus the bulk. The variation in the quality of sound, assuming your source audio is at least of decent quality (196Kbps+ for an MP3), is completely real and audible to any ordinary human being.

To take this analogy further, there are obviously people out there who couldn't give a damn about having a camera better than the back of the one on their iPhone, and can't be bothered about all this 'image quality' business. Convenience and cost, for them, are factors above all else. The same goes for headphones. I cannot force anyone to care about sound quality if they do not want to care about it, or have decided that a certain level is "good enough" for them.

With this review, I hope I can at least give those who are curious about exploring the higher end of the in-ear audio world a product to consider - the MA750s are truly spectacular for the money - and perhaps even get a skeptic or two interested in the idea of that world.

The RHA MA750s are the flagship headphone manufactured by Scottish firm RHA. They're fairly new to the headphone game, but the one other product of theirs I've used used blew me away for the price, and 750s are no different in that regard. The MA750s retail for $120, which is the price you'll pay if you choose to buy them on Amazon.

They come with a total of 10 sets of eartips, utilize stainless steel driver housing construction, and have a 1.35m cable. Inside the box is also a handy carrying case. RHA includes a rather impressive 3-year warranty against defects with the 750s, too. 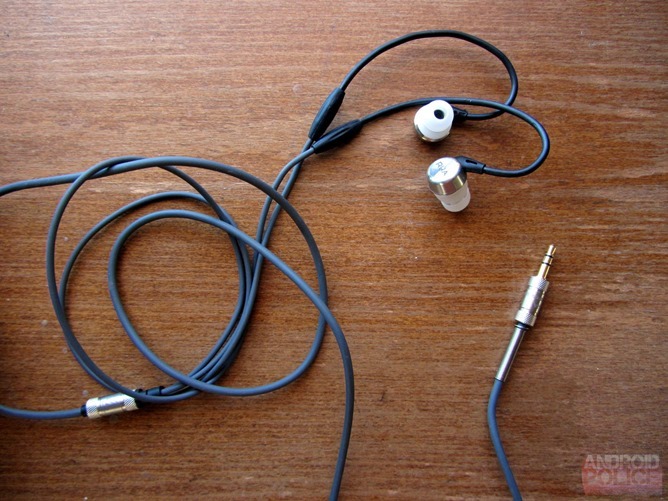 The MA750s share the "aerophonic" trumpet-shaped sound-hole and driver housing of their cheaper sibling, the MA350s, but little else carries over from RHA's more economical entry-level headset. The driver housings are made entirely of stainless steel, inside which you'll find RHA's range-topping 560.1 dynamic driver assembly.

As a dynamic driver headphone, the MA750s do have something of a character to them that entry-level balanced armature IEMs can lack, for better or worse. Where many balanced armature IEMs are capable of producing extremely flat, consistent sound across the frequency spectrum, dynamic drivers tend to have a more "shaped" response curve. You can even see the MA750's response curve as published by RHA, below.

Tuning a dynamic driver in an earbud to have a pleasing, detailed response is something of an artform, though, just as it is in over-ear headphones and loudspeakers. It is by no means an inferior technology to balanced armatures, just a different one. And to be clear, it is also entirely possible to utterly ruin a balanced armature earbud, so there's really no reason to go in with a preference for one or the other innately.

The character of the 750s is actually fairly subdued, a welcome change from the often over-tuned and over-excited earbuds catering explicitly to the hip-hop, electronica, and pop genres. The MA750s are perhaps a bit more bright and textured across mids than is 100% faithful to some music, but given this is an area so many other headphones ignore for the high and low ends of the audio spectrum, it provides a more balanced, interesting listening experience. Vocals truly shine on the 750s, coming through so clear and crisp you'd almost think you were the studio for the mix. Details are pulled out with care, though soundstage isn't terribly wide and instrument separation isn't fantastic, but this is an IEM, after all. It's about as good as you're going to get for something that goes directly into your ear canal. Switching into my over-ear Grado SR80i's, I am reminded that for as good an IEM as the 750s are, earbuds simply don't have the presence to draw out a beautiful instrumental arrangement in the way open-back headphones can. 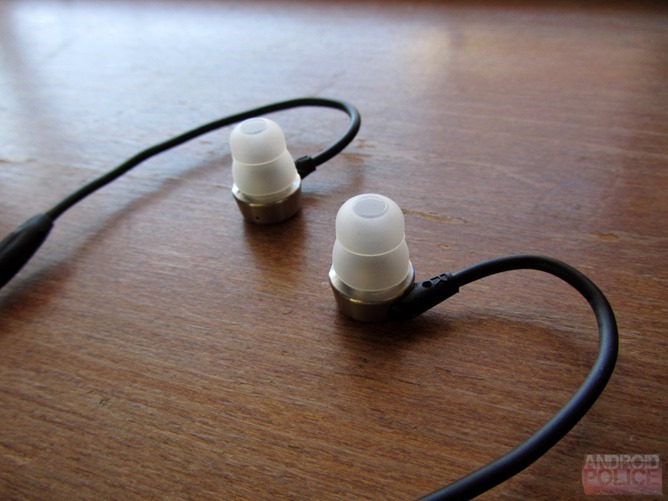 I found the 750s shined brightest when paired with songs that emphasized bold textures. Alternative and indie rock fans - perhaps even electronica lovers - I think, will really get a lot out of the way the 750s sound. Classic rock was less interesting, though still admirably detailed and nuanced in a way that I, frankly, didn't believe was quite possible at this price. Make no mistake, they still sounded excellent. Classical and jazz suffered most with the 750s when compared to my open-back headphones, where the earbuds' soundstage and instrument separation simply couldn't offer the experience such genres really deserve for proper listening.

Bass on the 750s is extremely respectable, and I actually found that songs which laid on the lows thick had a lot of presence. The bass response itself also doesn't feel muddy or loose, it's extremely tight and has surprisingly good range for an IEM - I was genuinely impressed. Playing a few tracks from Kanye West's My Beautiful Dark Twisted Fantasy, which if you've listened to you'll know lays on the bass and texture gratuitously, the 750s remained very composed and listenable at volumes where other, cheaper headphones would be begging for mercy.

If I had to describe the listening experience with 750s in a word it would be "enjoyable." Nothing sounds bad on the 750s, most music sounds brilliant, and everything is just so pleasant. That may sound like something of an under-endorsement, but really, it just goes to show how truly effortlessly the MA750s produce outstanding audio - you forget that your music can sound worse at all.

The MA750s are a rather modern, stylish headphone, and I think most people will be happy with the out-of-the-box fit of the single-flange silicone eartips. If you're not, though, RHA includes a total of 10 sets - 2 foam sets, 2 double-flanged silicone, and 6 sets of single-flanged silicone (2 sets of each size if you include the ones the headphones ship with attached).

Getting the tips onto the earbuds is, if you'll excuse my crudeness, a royal pain in the ass. I have never had such difficulty attaching eartips to a set of headphones. I was nearly ready to throw them across the room - the openings in the eartips are just way too small. And, as usual, I ended up ripping one of the sets of foam tips within about 45 seconds of trying to put them on. 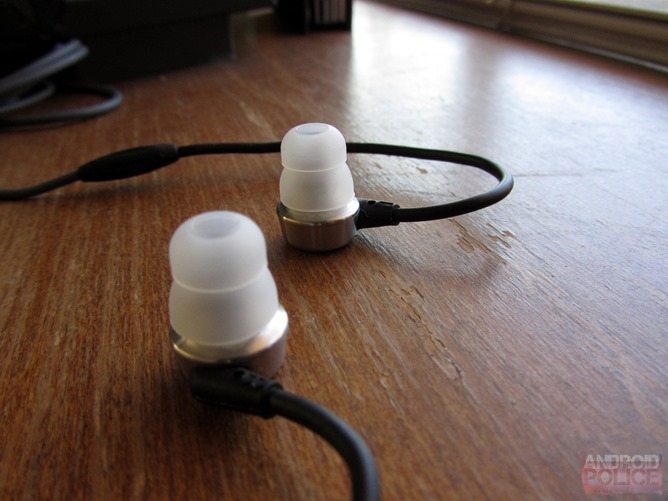 The single-flange silicone tips fit pretty well but while walking around or otherwise being active, they lost seal pretty easily. That's primarily because the MA750s are quite heavy, and despite having a loop-over cable design (that is, the cable loops behind and over your ear when you seat the earbud), the heavily insulated cable is pretty noticeable. It's not unusually loud, however, which is nice.

What's not nice is that cord becomes tangled incredibly easily, particularly since the rubber-like coating on it is not glossy or smooth and easily gets stuck on itself.

The foam eartips I was not a fan of, at all. I couldn't get a good seal in either ear with either size, and I'm generally of the opinion that foam eartips are pretty much useless unless you have perfectly-shaped ear canals. To each their own, I guess. The double-flange silicone tips were the sweet spot for me, providing the best seal and the most protection against loss of seal during activity. Some may not enjoy their rather invasive feel, but I find it's pretty easy to get used to so long as you keep using them for a while.

Isolation with the double-flange tips was great, but with the single-flange or foam tips I had sound leakage regularly from the right side, though I blame my ear for that in large part, and didn't feel particularly insulated from ambient noise. That said, the public safety factor is something to consider there - it's not necessarily a great idea to walk around in areas with traffic while wearing super tightly-sealed headphones.

Oh, and there's this wound-up little steel spring that comes out of the choke above the stereo jack on the headphones, and it just needs to go away. I already accidentally pulled out part of it, and it just feels like a not-great design decision. I get the purpose (preventing extreme bending of the cord), but wrap it in some silicone or something - it's kind of an eyesore, and I bet a lot of people are going to accidentally yank it out one day. 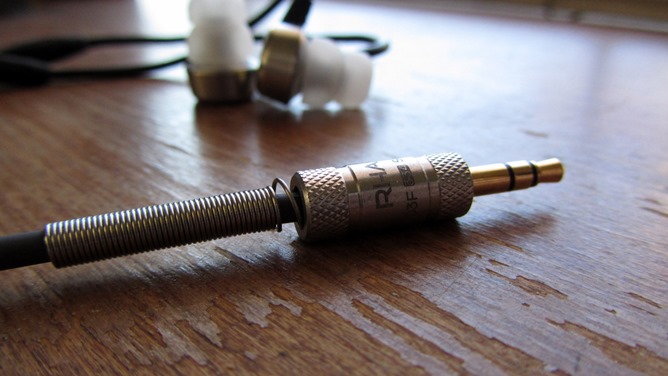 I really do like the 750s quite a lot, despite their occasional ergonomic quirks. They do tangle rather easily, and for my ears, the fit isn't exactly perfect. But the sound more than makes up for the issues, which simply melt away every time I play a track through these headphones. I've read reviews comparing the MA750s to headphones costing two to three times as much, and I believe them: these are outstanding IEMs at an even more outstanding price.

For someone looking to venture into the high-end earbud universe, the MA750s would be an extremely safe choice. Their sound signature is quite versatile, so they're unlikely to offend, and the aural advantages they'll offer over any sub-$100 headphone should be clear to anyone's ears. With a tough, rugged build and a respectable warranty, they're also pretty likely to last you a while so long as you don't abuse them.

Perhaps the next iteration of this headphone will iron out some of those issues I mentioned (weight, fit for some people, tangle-proneness), but I really doubt they'll be able to improve the sound noticeably without raising the price substantially. There are many headphones out there offering good value for money, but I believe the MA750s have set a price-to-performance bar that will be incredibly difficult for any manufacturer to beat. 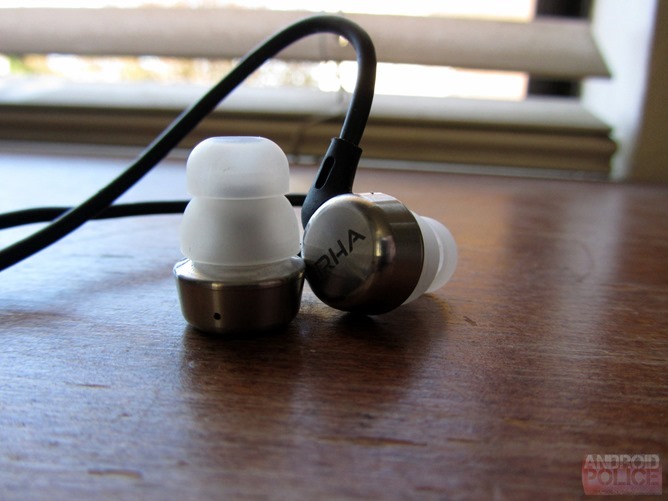