Now that the KitKat update has started rolling out to various Nexus devices, we're, unfortunately, seeing no traces of the Google Experience Launcher, which confirms an earlier report stating as much. No GEL means no transparency in the default and a pretty barebones boring AOSP launcher. It also means no Google Now integration and no "Ok Google" hotword support while on any home screen. 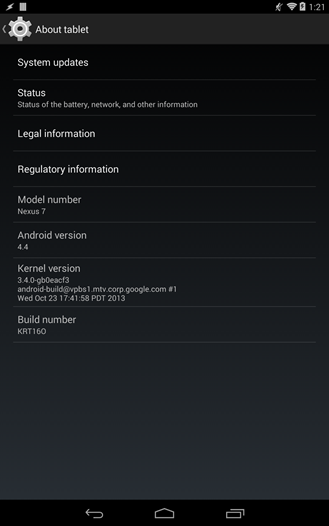 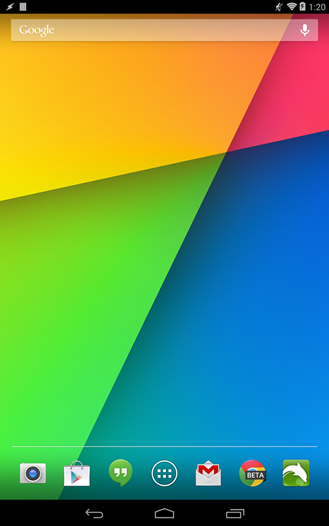 However, not all is lost. There are several ways to obtain the coveted transparency in the status and navigation bars, and even a way to get GEL and Google Now. The latter doesn't work 100% - there are very minor quirks, but it should satisfy those of you craving Google Experience for the time being.

Since the stock launcher does not seem to come with the transparency flag ticked (seriously, Google?), the solution is to install a secondary launcher.

Note: The Nexus 10 may very well not support transparency at all, as it may have been disabled for performance reasons. We'll see when we get our hands on the OTA.

The latest Nova Launcher beta is a great way to go and looks like this: 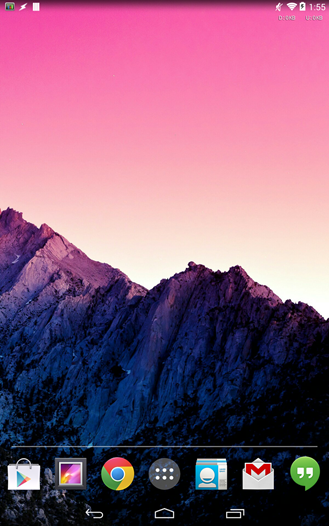 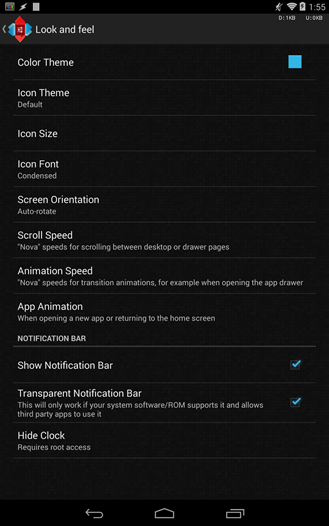 As you can see, it enables transparency once you tick the appropriate box in the launcher settings and generally matches the KitKat theme pretty well. My favorite differentiating feature (there are many) is a freely scrollable app drawer as opposed to the horrid pagination in Google's own launchers. It's not as bad on tablets, since each screen fits a lot of apps, but on phones I find pagination unbearable.

There is only one problem with Nova, and that is the lack of Google Now home screen integration. If you're into that sort of thing that is - personally, I'm going to stick with Nova.

Since Google decided the new launcher is going to be exclusive to the Nexus 5 for now, we're going to have to rip it out of there and install manually. The good news is all of the Google Experience Launcher code is already inside Search 3.0, which ships with the KitKat OTA.

The only thing we need to install is a little APK called GoogleHome, a.k.a. Launcher, a.k.a. com.google.android.launcher. This APK weighs 12MB, but don't let that fool you - 99% of the space is occupied by KitKat wallpapers, and only a minimal amount of code is present to enable the entry point into the new launcher.

Before we go on, I have to warn you - while the launcher does work quite well, it's not without flaws. After all, we've ripped it out of a phone and are trying to stick it onto a tablet.

The biggest problem is every time you press Home while in another app, the keyboard pops up for no apparent reason. Pressing Back gets rid of it, but it happens again, which gets annoying rather quickly.

Other very minor niggles are: 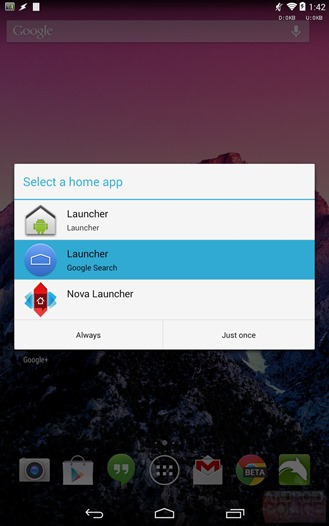 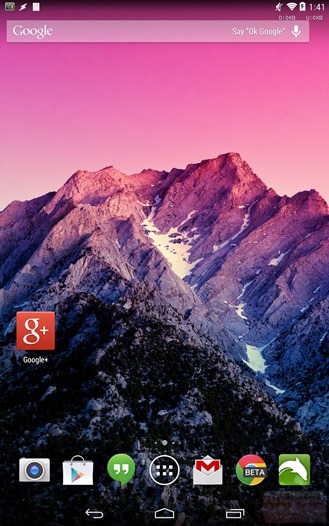 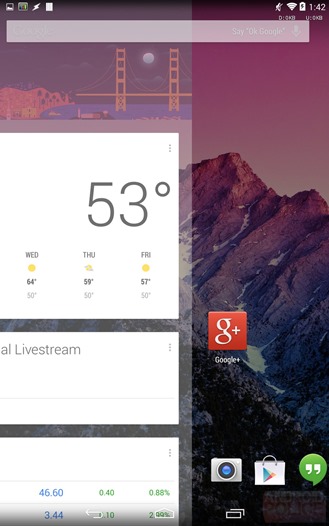 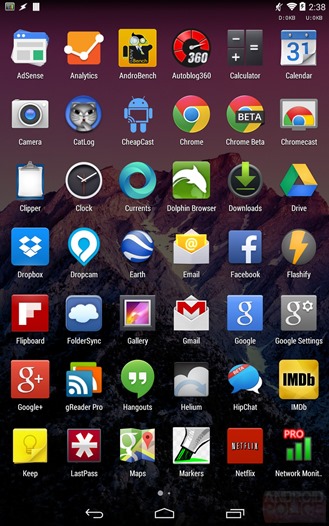 Still up for it? There's no harm in trying out the launcher either way - if you don't like it, just uninstall the APK you just installed.

Download the APK, install it, then tap Home or go to Settings -> Home for easy launcher management. You will see a new option called Launcher with the blue icon.

Watch As The LG G Flex Repairs Itself After Being Scratched And Bounces Back After Being ...