Home automation is a pretty cool thing, and it's becoming more popular and encompassing every day. The ability to turn off a light from the other side of the house (or world) is a pretty cool feeling, but it also provides peace of mind – the days of wondering if you shut everything off before leaving are quickly coming to an end.

Belkin has been working to make this sort of automation simpler and more accessible to everyone with its WeMo line – a small group of devices that connect to Wi-Fi and make easy work of automating simple tasks and provide remote access to whatever unit they're attached to. I've spent the last several months with the WeMo Switch, a plug-type switch that makes it easy to toggle power to things like lamps, TVs, and more; WeMo Light Switch, a light switch replacement that offers automation and remote access; and WeMo Motion, and motion-based sensor that can communicate with Light Switch and Switch units to enable/disable things based on motion.

While the overall idea of these devices is awesome, the execution could use some work.

How much do they cost?

There's also WeMo Baby ($70) and WeMo Insight Switch ($60), though I haven't had a chance to test those so they're not part of this review.

How do they look? 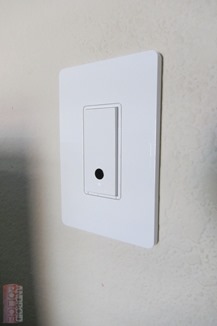 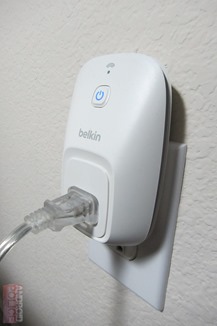 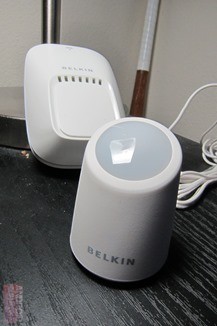 I want to keep this section short and sweet, so here's the basic rundown: All the WeMo units I tested are pretty simple looking. Solid white, kind of clunky (aside from the Light Switch, anyway), and understated. They don't really look like some super futuristic piece of technology. They're just kind of... there. Not sure I'd call them ugly, either. Just uninspired and kind of meh looking. But a product like this isn't made to look pretty, as it's really just made to get out of the way (literally). I'm kind of under the impression that Belkin wants WeMo to be one of those things that you sort of forget about once it's plugged in, as it just becomes second nature to use the app. Unfortunately, that's not really how it works, at least not in my testing.

How well do they work? 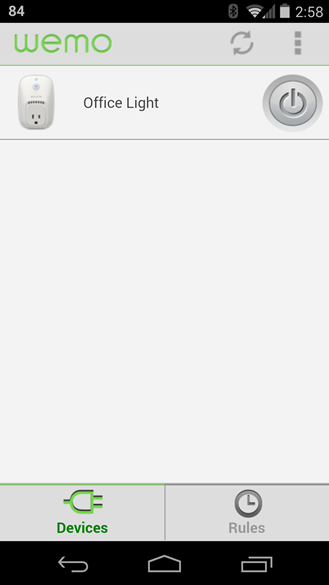 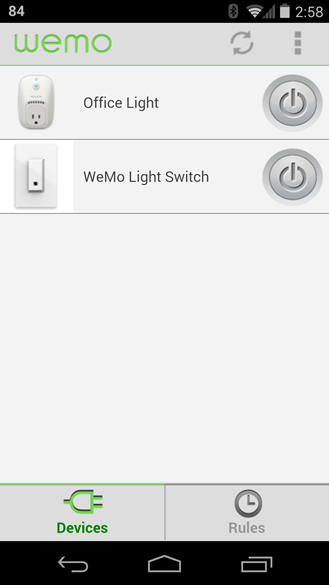 Note the times – I had to refresh once to get the Light Switch to show up.

In short, not very. I mean, when they do work, they work. But that's the problem – when. I'd say about 60 percent of the time, the app doesn't see at least one of the devices (and it's generally the one I need to toggle). Maybe 20 percent of the time it doesn't show anything at all. It's really frustrating. Sometimes disconnecting my phone from Wi-Fi and reconnecting helps, but that's not always a guarantee. Oh, and I couldn't get the Motion to work at all. The app could never see it, so I couldn't configure it. After messing with it for a few hours (spread out over a few days), I finally just gave up. 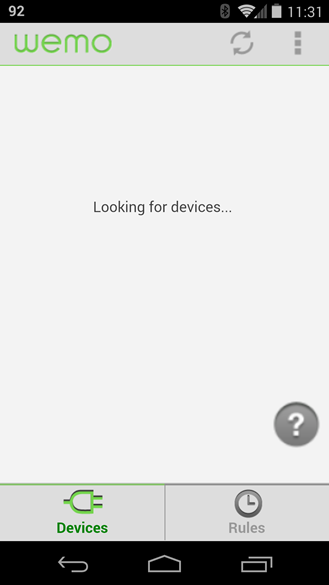 Get used to seeing this screen. A lot.

I guess it's fair to say this could be my home network at fault, but I don't have issues with any of my other gadgets, so I find that unlikely, but not completely impossible.

But let's talk about when they do work. When that actually happens, it's like some sort of wicked voodoo magic. It's cool.

The app is pretty straightforward once the devices are set up (which is a pretty simple process – just connect to the device over Wi-Fi, input your network's SSID and encryption info and poof, you're good). Fire it up, and hit the power button logo to toggle whichever switch you want. Done and done. 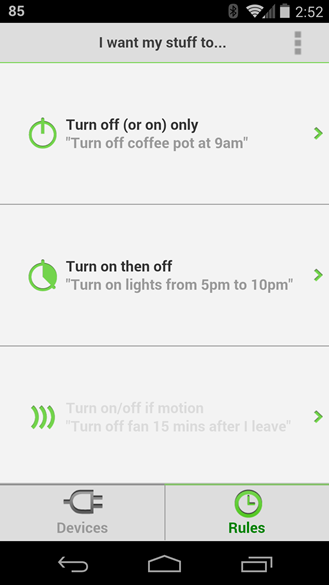 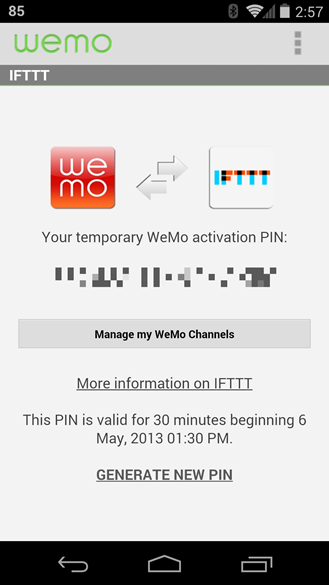 But there's more to it than that. You can also automate things; for example, let's say you want to turn the "Office Light" (which is a lamp connected to a Switch, by the way) on at 6:00AM every day, and back off at 10:00PM. You can set a rule that tells the WeMo to toggle power at those specific times – you can also set specific days for the event to happen – and it'll take care of the rest. I found this feature to work flawlessly, even when the app couldn't see the device. So that's a good thing.

It goes deeper than that, too – it also has IFTTT integration. Basically, you can connect the WeMo app to your IFTTT account, which really opens up the possibly automation options. Here are a few examples of popular recipes, found on IFTTT. Some of those things can be done without using IFTTT, but some of the more advanced toggles are definitely cool. 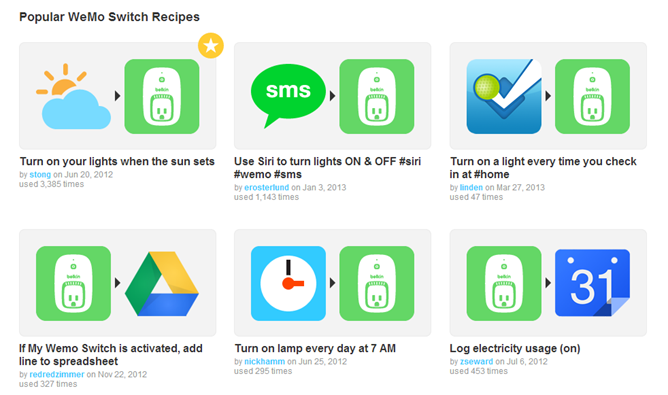 It's probably already clear to you that I like WeMo when I can get it to work. But that's the problem – I shouldn't have to say "when." I want to like WeMo, but I found myself more frustrated with it than happy while using it. So instead of making my life easier, it actually just pissed me off. That seems kind of counter-productive to me.

I tested the units with several different phones during the review process and had the same results with each of them.

But maybe your results will be different. Maybe WeMo will like you and support your happiness and want to make life easier for you. At $50 for a Switch or Light Switch and $60 for Motion, I sure hope that's the case.

Now, if you'll excuse me, I have to step away from the computer to go turn my office light on.