After months of AT&T exclusivity, the Moto X can now be customized on all four major American carriers. The Moto Maker website now includes models for AT&T, Verizon, T-Mobile, and Sprint, with custom color choices for the front panel, back panel, and accents. The Moto Maker tool also includes the engraving option for the rear panel that was heavily promoted during the device's reveal. 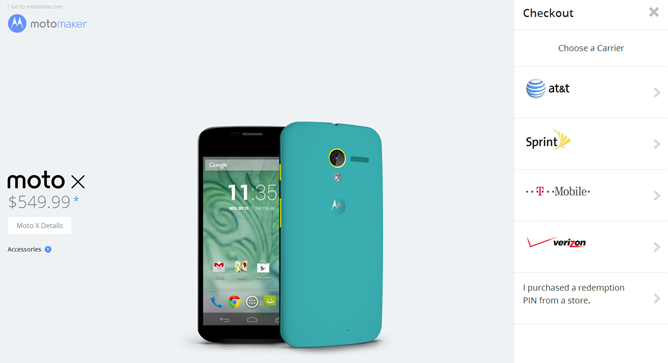 The options are the same as the customized AT&T model: black or white front and a choice of 18 colors for the rear and 7 accent colors for the power and volume buttons and the ring around the camera. You can also add a name or short message to the boot icon, select the default wallpaper, pre-sync with your Google account, and select a case or Jax headphones. Customers on AT&T, Verizon, and Sprint can buy the phone with a new contract for $99.99, or select the unsubsidized model for $499.99 ($50 less than the contract-free price on some carriers - not bad). T-Mobile customers only have the unsubsidized option. The 32GB upgrade, which is now available for all carriers, adds an extra $50 to either the contract or unsubsidized price. All Moto Maker purchases include a free Moto Skip NFC accessory. 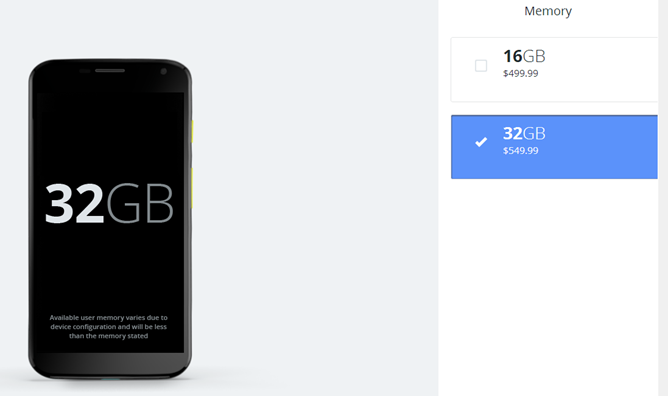 All phones are shipped for free with an estimated ship time of four days. Moto Maker has yet to offer the much-ballyhooed wooden backs panels, but we haven't heard any news of feature cancellation, so they should be coming sooner or later. The Moto X is more competitive at a lower price, but with new options like the Nexus 5 from all carriers except Verizon, it might be a tough sell even with the Moto Maker customizations. Just a reminder: the AT&T and Verizon models have a locked bootloader, so tinkerers and ROM addicts should check out the Developer Editions sold on the Motorola store.

Dead Trigger 2 Gets A Massive Update With Gameplay Balancing And Bug Fixes [Update: ...

Nova Launcher 2.3 Beta 1 Is Out, Offers A Sample Of Simulated KitKat