Blizzard is a game developer and publisher - maybe you've heard of them. They're responsible for little series like Diablo, Starcraft, and World Of Warcraft, among others. The company's latest effort is an online, multiplayer trading card game called Hearthstone, currently in an invite-only beta on PC. Polygon reports that at the annual BlizzCon in Anaheim, California, the company announced that Hearthstone will be released on Android in 2014.

Hearthstone is loosely set in Blizzard's Warcraft franchise, hence the subtitle "Heroes of Warcraft." Like other collectible card games, it's being built from the ground up on the free-to-play model, though reports from early beta players indicate that it's still easy enough to get into the main game without spending money. The basics should be familiar to anyone who's played Magic: The Gathering or its many imitators, but the turn-based combat itself takes a lot of cues from the classes in World of Warcraft. A combination of tables, illustrated cards, and animated action effects helps keep things interesting. 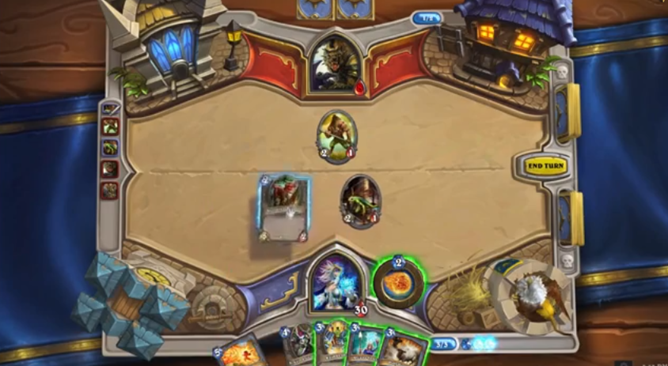 Blizzard is planning to bring Hearthstone to both smartphones and tablets, and the game will be the company's first for the platform. They gave no indication of a release date for Hearthstone other than "late 2014," and with Blizzard's famously extended development time, it may be the end of the year (or even into the next) before we actually see the game on the Google Play Store.

T-Mobile Announces Launch Dates For Its Nexus 5 And Nexus 7, Is Now Accepting Pre-Orders For ...